April 12, 2016
A second day where bulls were unable to hold early gains and markets closed at lows. Following from Friday's action it was disappointing to see bulls failing to build on the two steps forward, one step back nature of this rally.

The S&P closed with an inverse 'hammer' on confirmed distribution. The MACD continued to expand on its weakness with On-Balance-Volume close to triggering a 'sell' trigger of its own.  The 'bull trap' hasn't yet confirmed, but tomorrow could be the day we see this happen. 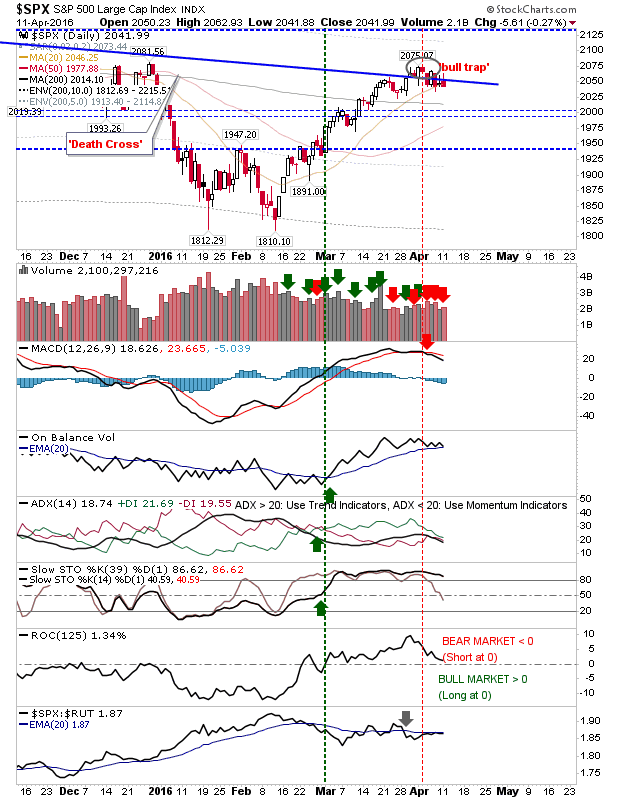 The Nasdaq wasn't quite a bearish with selling volume avoiding the distribution turn found in the S&P. If volume remains light on the next downleg, then a push to the 50-day MA may offer a buy-the-dip opportunity. 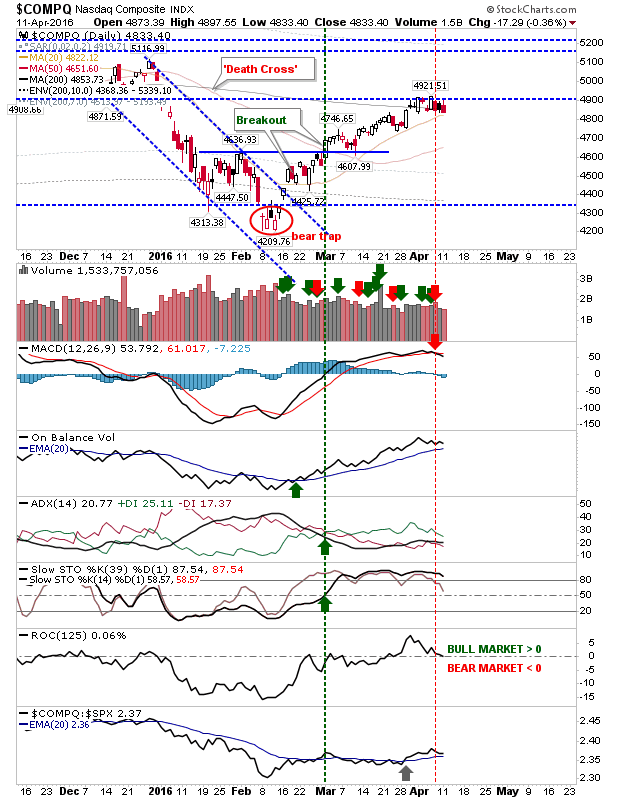 I had thought the Russell 2000 would have enough to make it to tag the 200-day MA before turning south. Instead, the index is struggling a little near rising channel support. The relative performance (against the Nasdaq) is perhaps the most bearish aspect to this index, but a loss of the channel could force a panic. Also note how Rate-of-Change deftly rebounded off the zero mid-line level between bull and bear market. 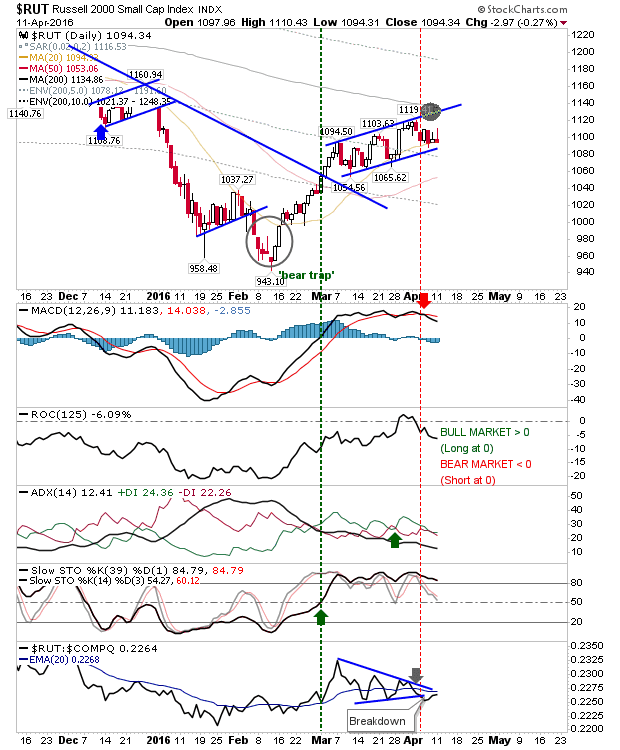 It does look like the next downleg will come sooner rather than later. If Tuesday or Wednesday does see solid across the board losses of 1% or more, then next will be watching for reversal candlesticks which will mark the bottom of the swing low.  Many indices have 50-day MAs to look too as possible stops on the way down.

Not a great time to be buying, but the next move lower will give an indication as to how strong February lows are (which should be significant).