April 17, 2016
The last two days of last week saw little change in markets. Volume was light, in line with quiet action. Next week will be an opportunity for follow through on the gains made during the first half of the week and see some pressure on all-time highs.

The S&P is close to a MACD trigger 'buy' which will bring technicals back to net bullish. The next higher close may be enough to for the MACD to switch bullish 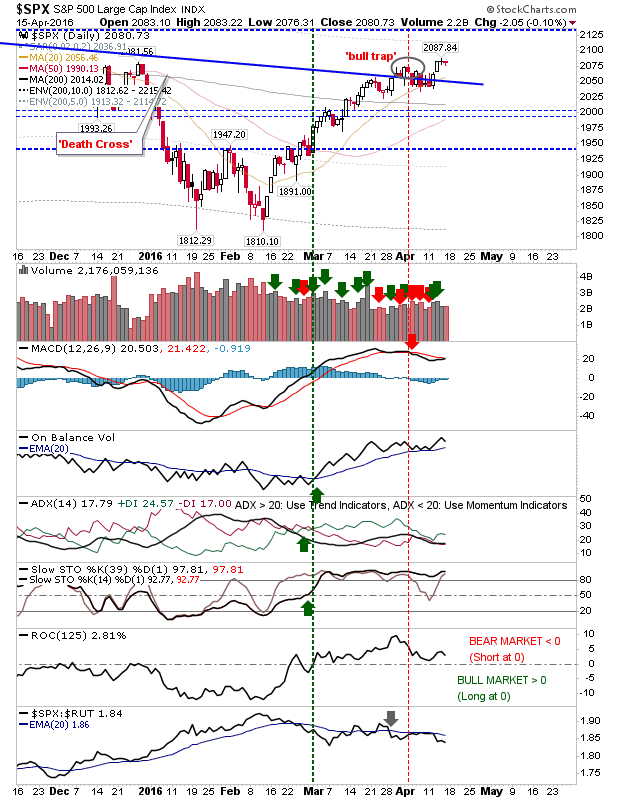 The Nasdaq remained above the 4,900 level and closed with a MACD trigger 'buy'. This was enough to return technicals to a net bullish state. Now its time for a push into the 5,100-5,200 zone which marked supply from the end of 2015. 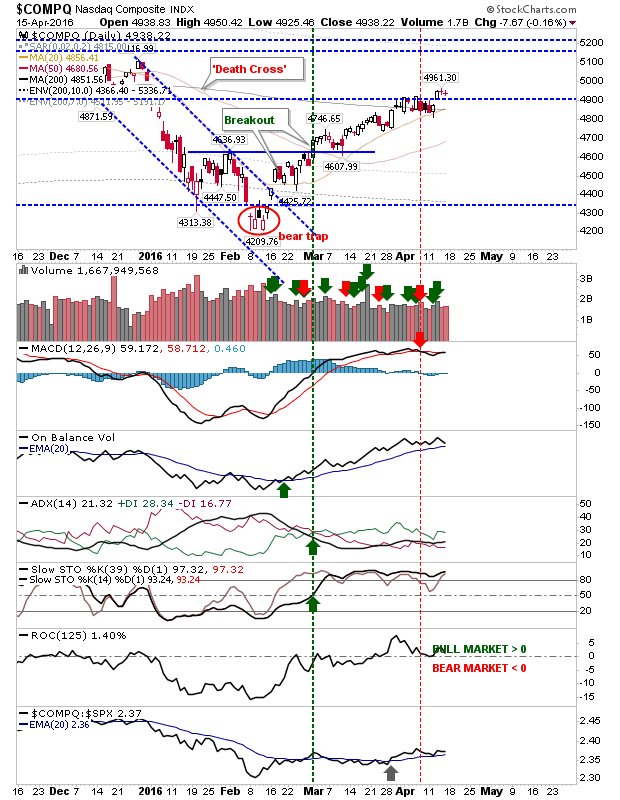 The Russell 2000 spent a third day at converged resistance of the 200-day MA and channel resistance. Rate-of-Change remains on the bearish side of the zero mid-line and offers itself as the best opportunity for shorts on Monday. 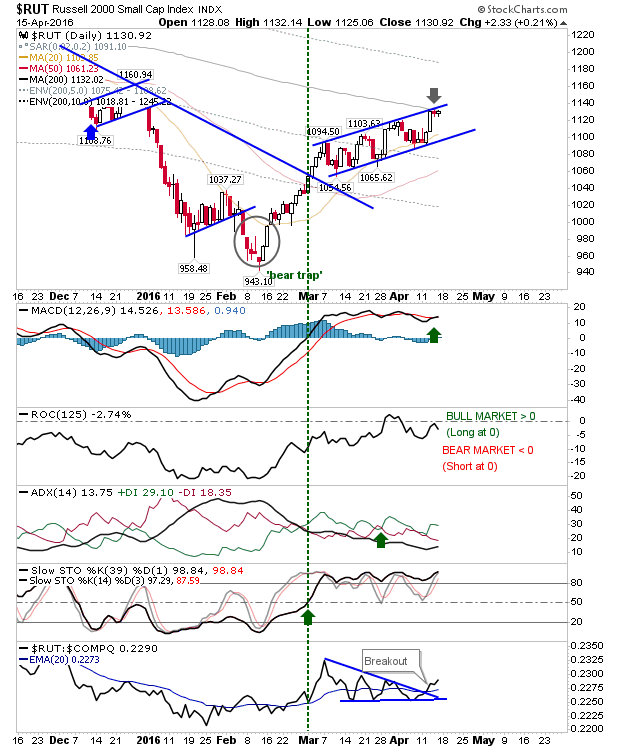 The Nasdaq 100 is another index which hasn't fully shaken off its bearish technical picture.  Friday saw a return to an On-Balance-Volume 'sell' trigger, in-line with the one for the MACD.  A drop below 4,500 would open the possibility for accelerated selling and play as a market leader to the downside. 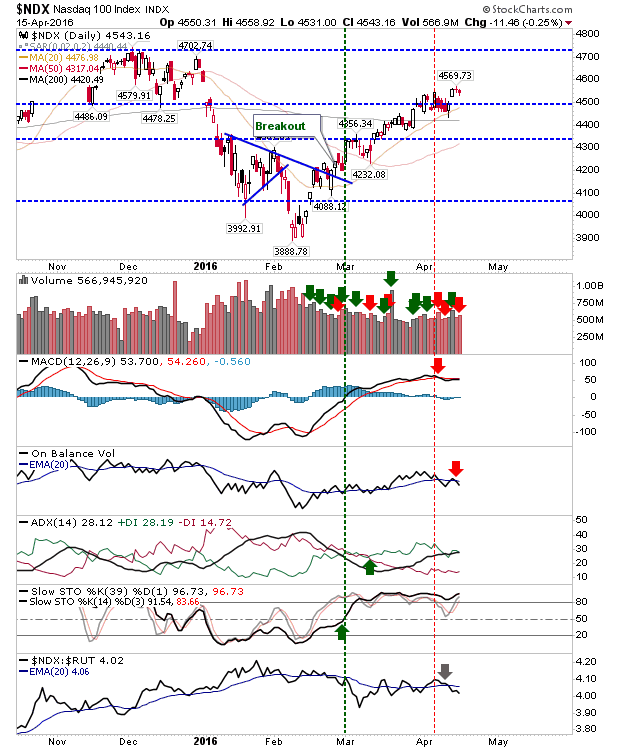 Adding to Nasdaq 100 troubles is the disappointing action in the Semiconductor Index. Despite a big rally on Wednesday, this index has failed to kick on outside of its March/April consolidation.  Add to this expanding weakness in the MACD and continued relative underperformance against a (weakish) Nasdaq 100, suggests market vulnerabilities remain. 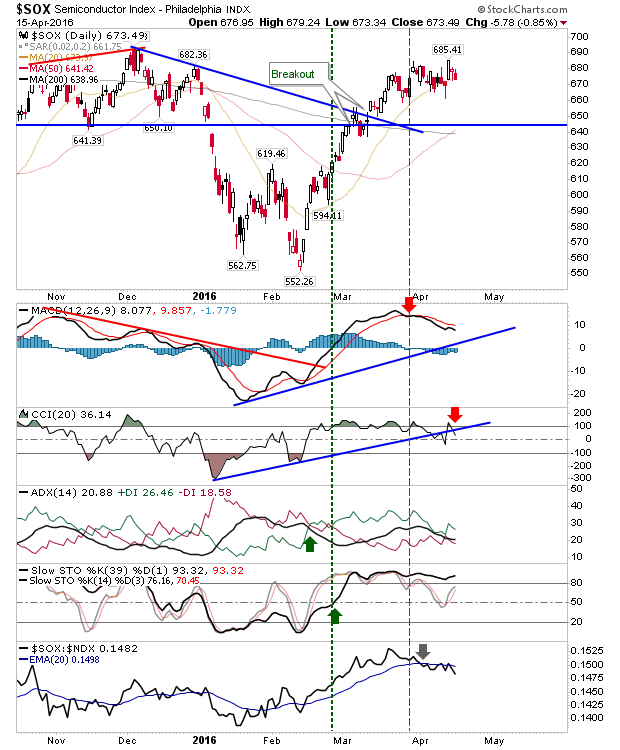 For Monday, keep an eye on the Semiconductor Index. It's playing close to consolidation lows and is sitting right on its 20-day MA. Should these break, then a push back to the 50-day MA is perhaps favoured.  Note, despite the generally disappointing action relative to its peers, the Semiconductor Index has seen a 'Golden Cross' between 50-day and 200-day MA; another reason to suggest a 50-day MA test is on the cards. Bears feeling more confident may look to the Russell 2000 to snag a position. While bulls should track the more defensive Large Cap indices.