April 06, 2016
Over the past couple of weeks the rate of buying has slowed. This slowing has become more pronounced as indices pushed into November/December consolidations, but today was a concerted effort to reverse this. The chief disappointment was the lighter volume which accompanied today's buying for certain indices.

The S&P still shows a relative underperformance against Small Caps despite the gain. And there is a MACD 'sell' trigger to contend with. However, it has managed to regain the resistance breakout. A push above 2,075 continues the rally. The Nasdaq returned above 4,900 with higher volume accumulation. It also has banked an acceleration in the relative performance against the S&P.  Bulls looking for more would do well to follow this index. 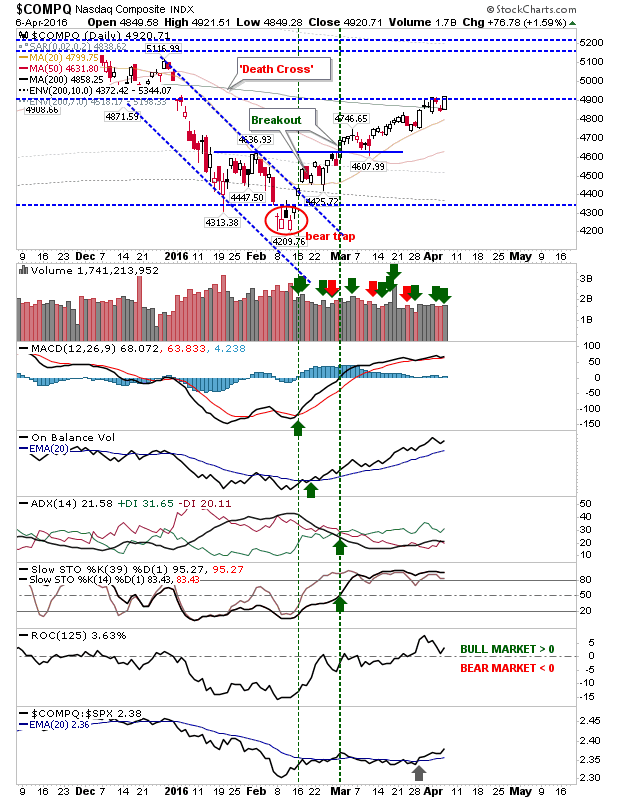 The Russell 2000 is on course to run into converged resistance of its 200-day MA and channel resistance. There is a breakdown in the relative performance against the Nasdaq with the MACD in flat-line move with a bearish edge. Rate-of-Change is also on the bearish side of the ledger. 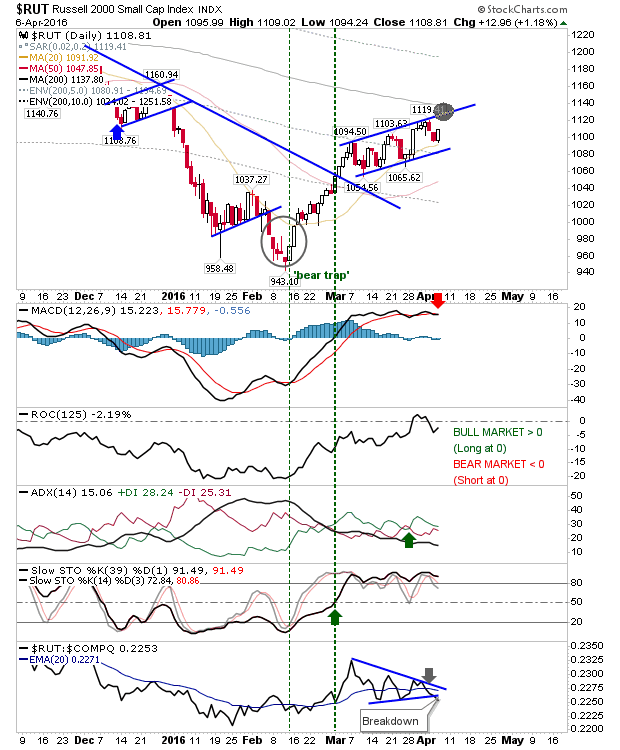 The other index showing signs of slowing is the Semiconductor Index. It has kicked in an underperformance against the Nasdaq 100 and 'sell' triggers for both CCI and MACD. If this selling intensifies it will slow the bullish advance in the Nasdaq (and Nasdaq 100). 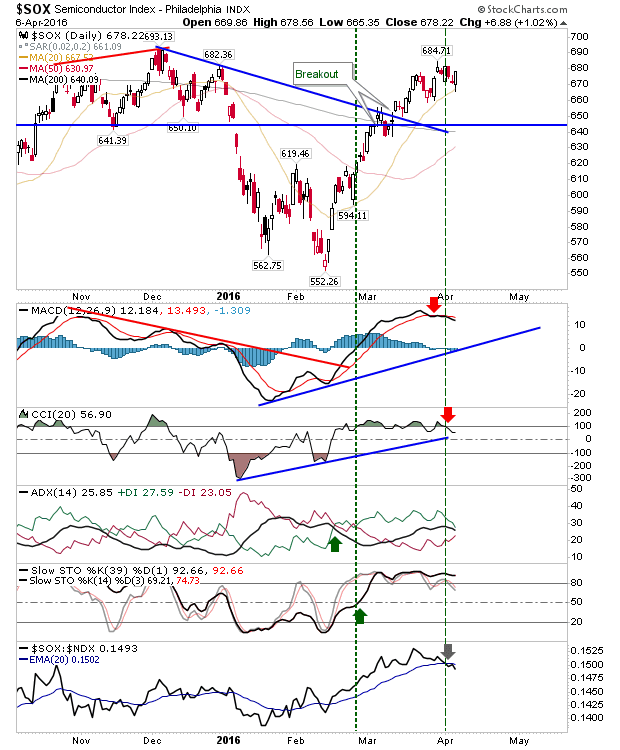 Rallies have reached a point that if these are nothing more than bearish counter rallies then shorts will have to pressure quick if they are not going to be forced into covering what positions they have.  The sell off in February ranked as a once-in-four-year event - a great buying opportunity. The only downside to this was the relatively mild loss from all-time highs. A slam dunk event would have seen February's sell off combined with a 40% loss from all-time highs; a true bear market.  As we haven't seen that, we have to consider February's low as just a pullback in the 2009 cyclical bull market. A bull market which is very much long-in-the-tooth. If this sell off was to happen now it would be a great time for investors to take advantage; but that is a conversation for another day.