March 01, 2016
After two days of losses bulls were able to push a move higher in Tech and Large Cap indices. The breakout in the Nasdaq was a clear run past the 50-day MA.  Volume climbed to register an accumulation day, along with a relative performance gain (against the S&P). 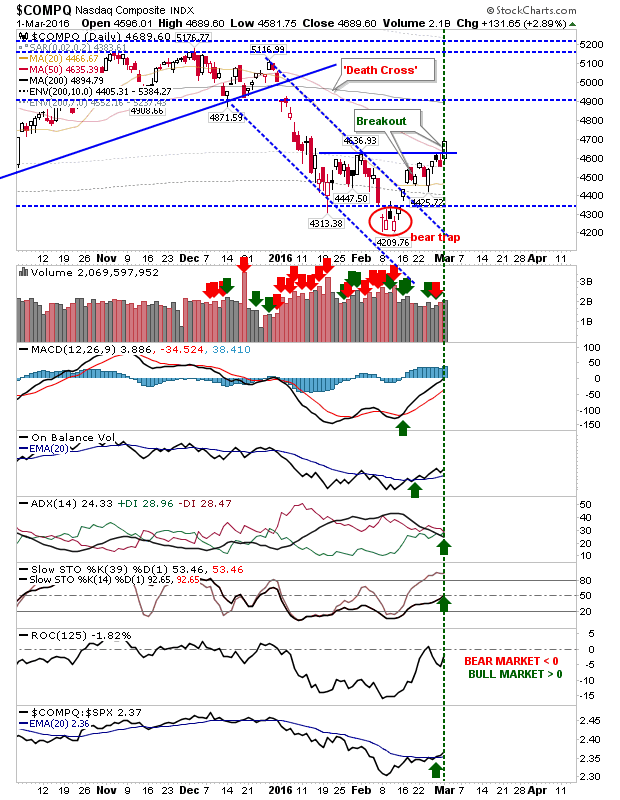 The S&P put some distance on its 50-day MA, but continued to lose relative ground against the Russell 2000. The Dow also added to its breakout. However, relative performance against Tech indices took a sharp dip lower. 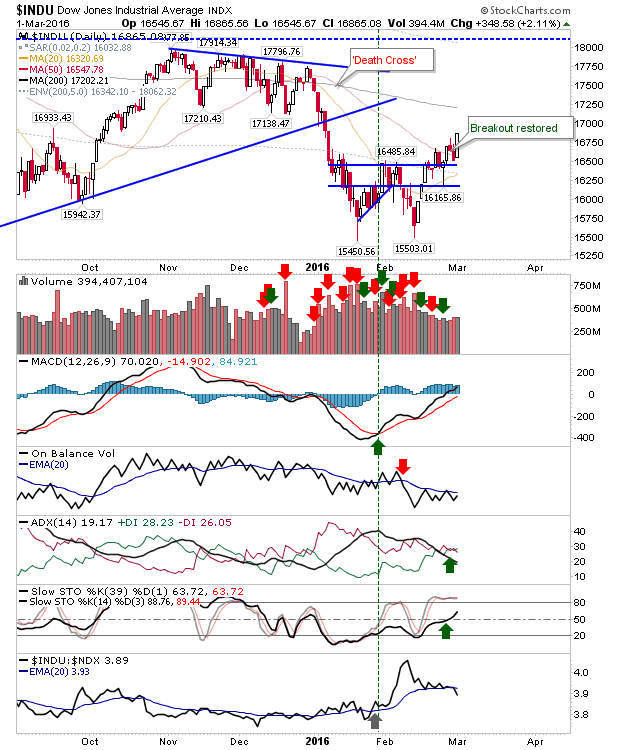 The Russell 2000 cleared the swing high, but finds itself up against declining resistance. However, it did finish with net bullish technicals. 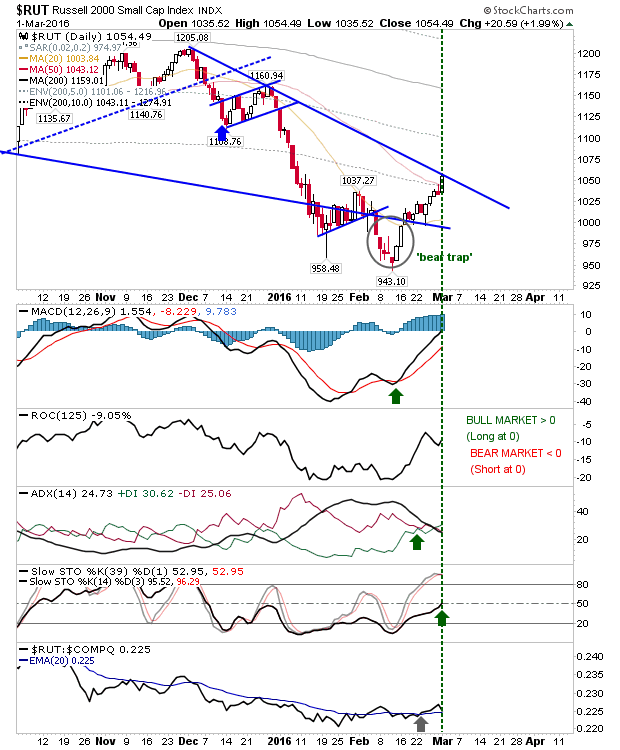 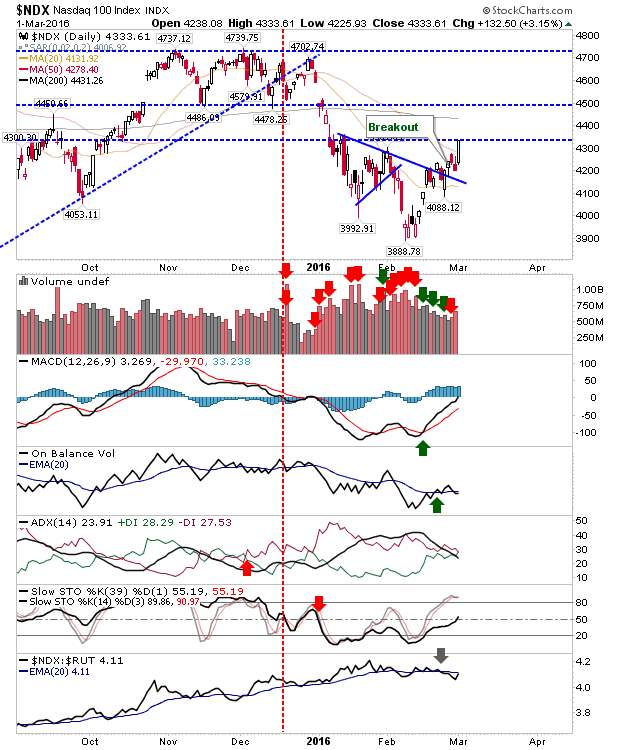 Volatility also moved lower following two prior months of spike highs. Has this confirmed a swing low for 2016? 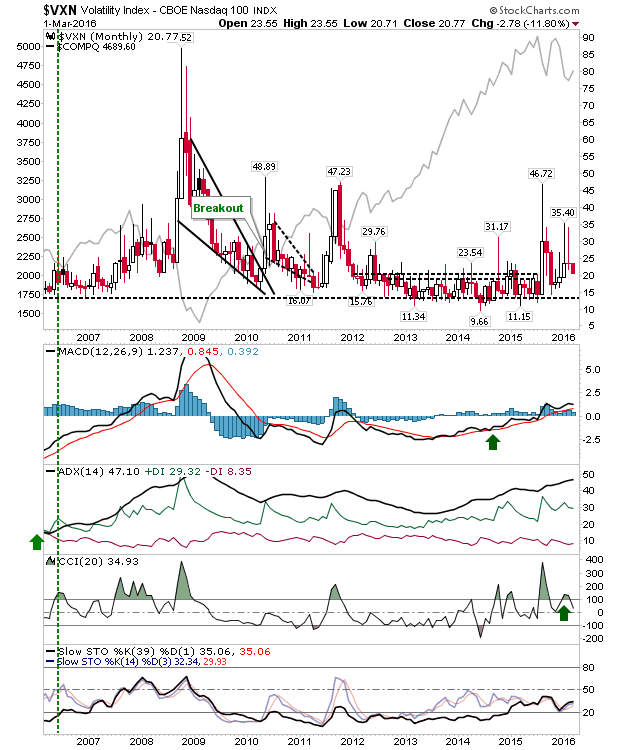 Today was a substantive move in bulls favour. The question now is whether it can maintain the move.

Dr. Declan Fallon is the Senior Market Technician and Community Director for Zignals.com, and
Product Development Manager for ActivateClients.com. I also trade on eToro and can be copied for free.