February 08, 2016
Tech averages had the weakest start, Powerful gap downs had set things off, but buyers were able to make a comeback into the close. However, morning gaps remain. Volume climbed to register as distribution, which for the Nasdaq was the second day of distribution in a row. 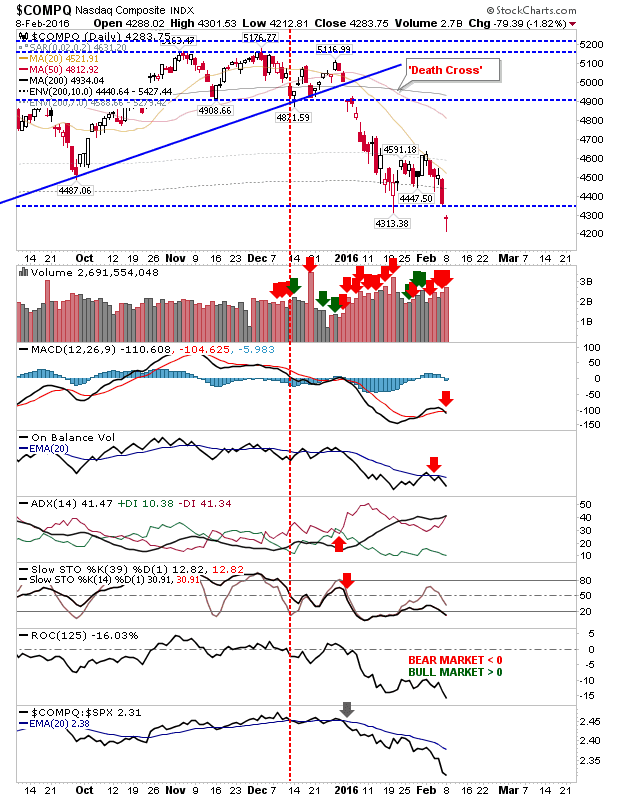 The Nasdaq 100 is on the fiftth day of selling in a row. The August swing low wasn't fully tested. Bulls will be looking for a bullish 'morning star' where today's candlestick 'hammer' is followed by an opening gap, then a rally for the rest of the day. Should this emerge, then a move to test 4,300 is next. If there is a weak open, then any chance for a bullish 'hammer' based on today's action is significantly weakened. 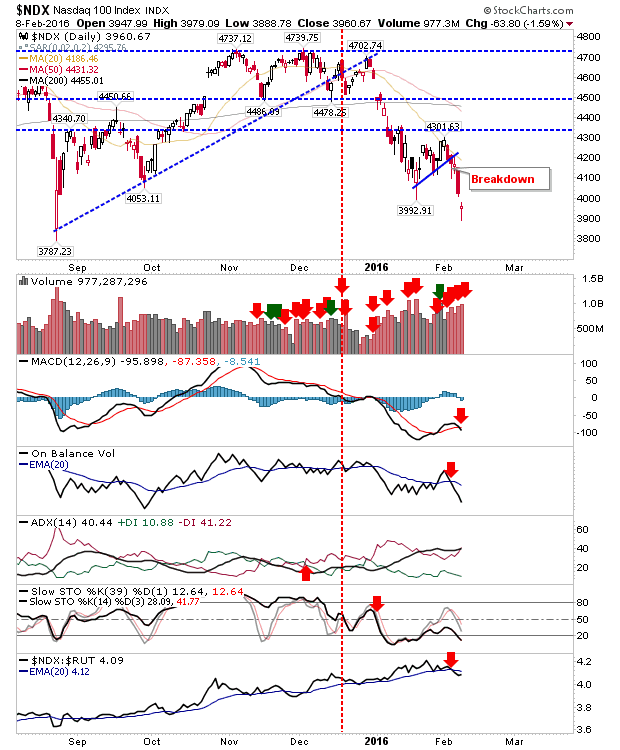 Losses in the S&P, while comparable to the Tech indices, didn't see a loss of January's lows.  Today's spike low did fall inside the range of January's spike low. This will offer grounds for a positive response tomorrow; today's lows will likely see a cluster of stops. 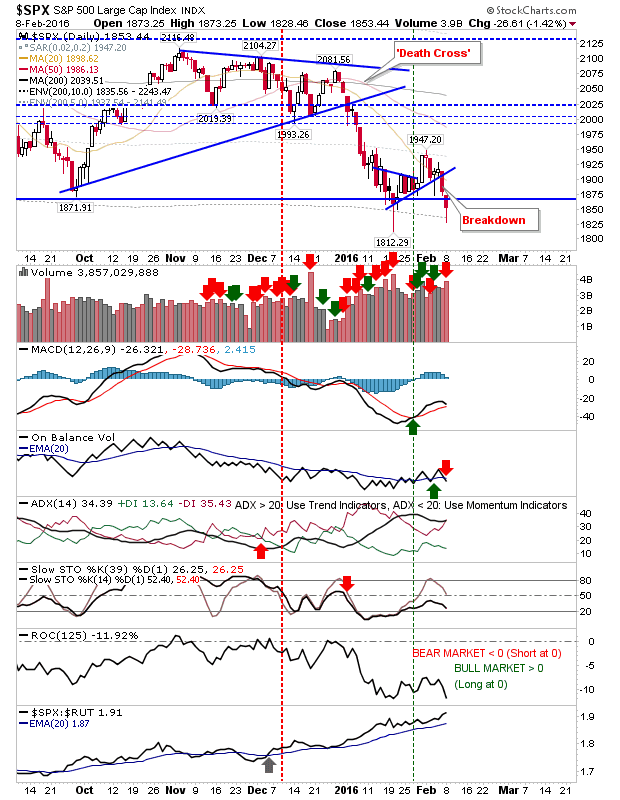 The Russell 2000 has been leading the move down, although the past few days have seen a positive relative response (against Tech averages).  However, today's low marked a new low for the year. Additional losses has the potential to pull other indices down with it given this leadership role. 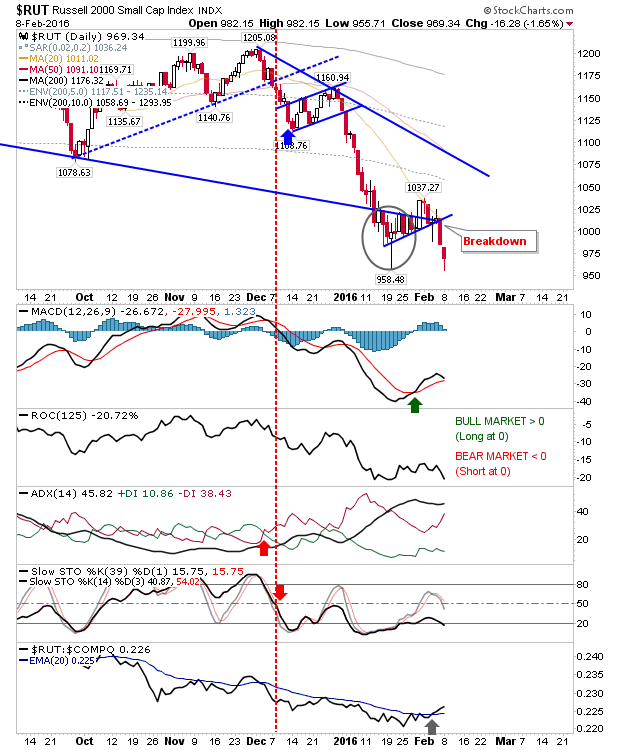 Tomorrow's action will be heavily influenced by pre-market action.  If there is a gap down, then whatever confidence built by bulls today will quickly dissipate. A gap higher, and there will be a scramble between value buyers and short covers.