December 06, 2015
Just when bears look ready to squeeze, along come bulls to bid the market higher. The jobs report had an initial muted reaction, but bulls were able to push the failure of bears to capitalize on the figures to force them into covering. The only disappointment was the volume.  For a big news day, the lack of volume may come back to hunt bulls, but a new (higher) swing low is in play.

The S&P will be looking to challenge 2,104. Technicals are with bears, with a 'sell' trigger in the MACD still in play, and On-Balance-Volume in distribution mode since the first November peak.  The index also regained its relative momentum against Small Caps. 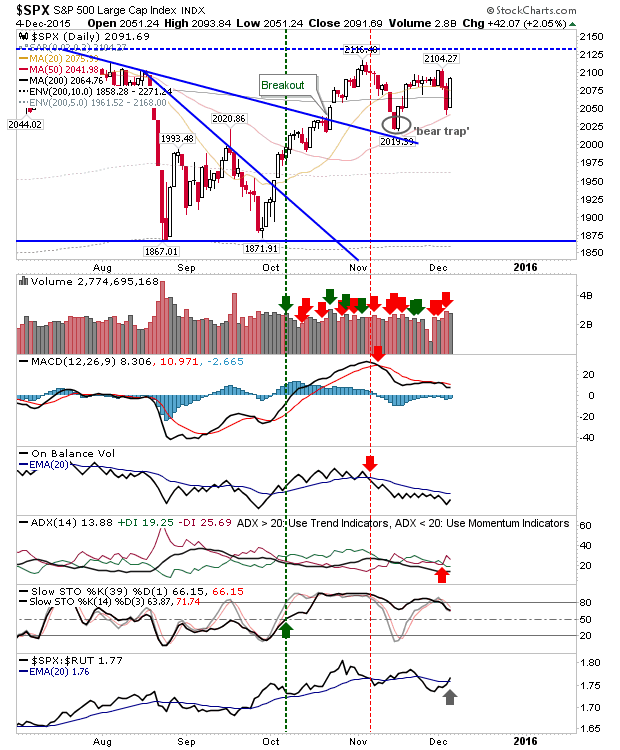 The Nasdaq is enjoying a strong relative advantage against the S&P, and Friday's buying - while light - was enough to see a return of the 'buy' trigger in On-Balance-Volume. 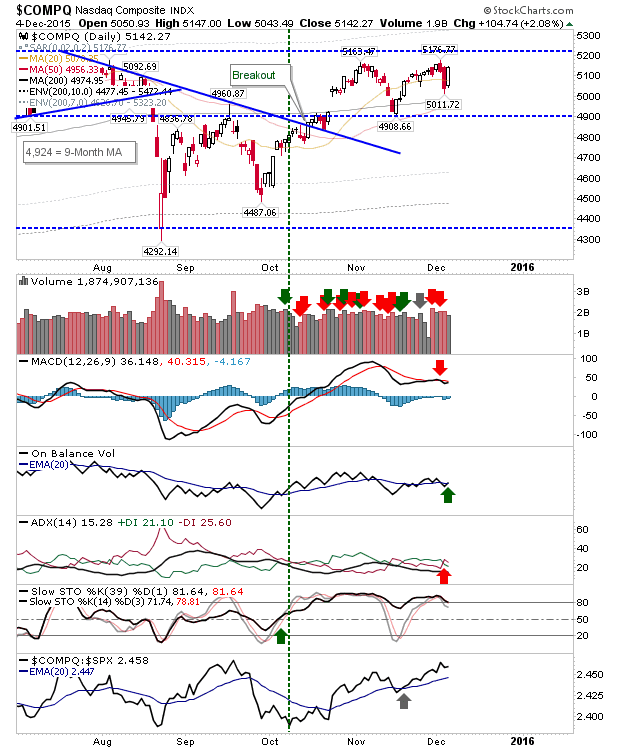 The Russell 2000 gave bulls the entry at rising support. While price action was a tick in the bulls column, technicals are still siding with bears with 'sell' triggers in MACD, CCI and ADX. There was a relative loss for this index against Large Cap and Tech indices, which isn't good news for bulls looking for a long term bullish recovery. 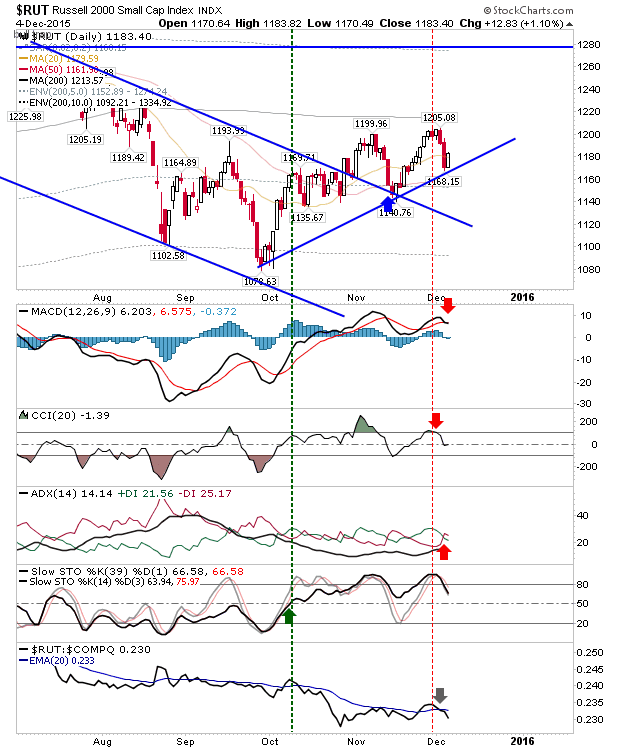 While the Russell 2000 didn't enjoy the same success as the S&P and Nasdaq, the Nasdaq 100 was able to give bulls a major boost with a fresh challenge on the 'bull trap'. Technicals are still in decline, but another 20 point gain will see this change and deliver a breakout. 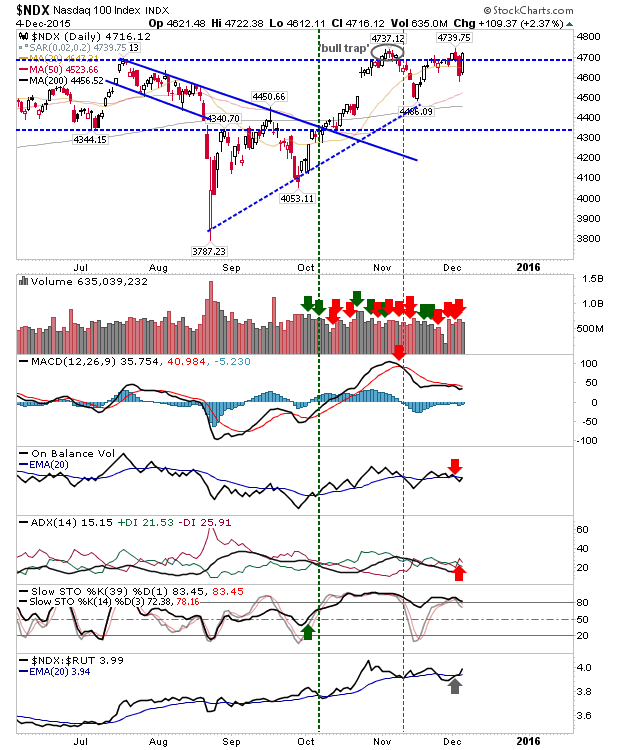 Monday is a chance for bulls to build on Friday's positive response to the jobs data and return the 'Santa Rally' to its seasonal run higher. Bears need higher volume distribution if this isn't going into to run away from them.