October 13, 2015
It has been a while since sellers finished the day with the upper hand.  But since the retest of August lows sellers have found it difficult to build a foothold for which shorts can attack. Today's action is a start, but it's not a victory for shorts.

The Nasdaq 100 has been knocking on the door of the 200-day MA for a few days, but today was the day it finished with a bearish gravestone doji at this moving average. The 'Breakout' is still valid, and technicals are still net bullish, but a 'bull trap' would increase pressure on longs. 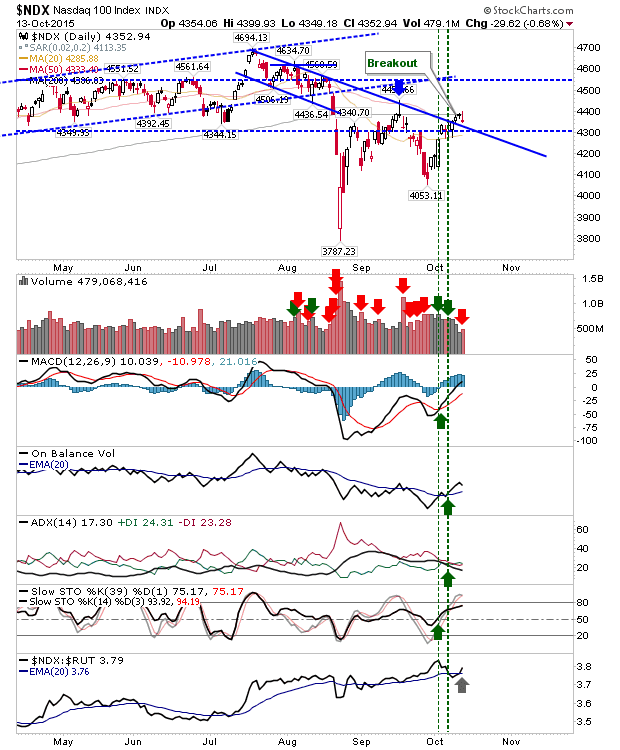 The Russell 2000 experienced the largest sell off on the day. The faster moving 50-day MA is playing as resistance for this index.  However, the rally didn't make it as far as channel resistance and this may just be a pullback in a move to this resistance point. 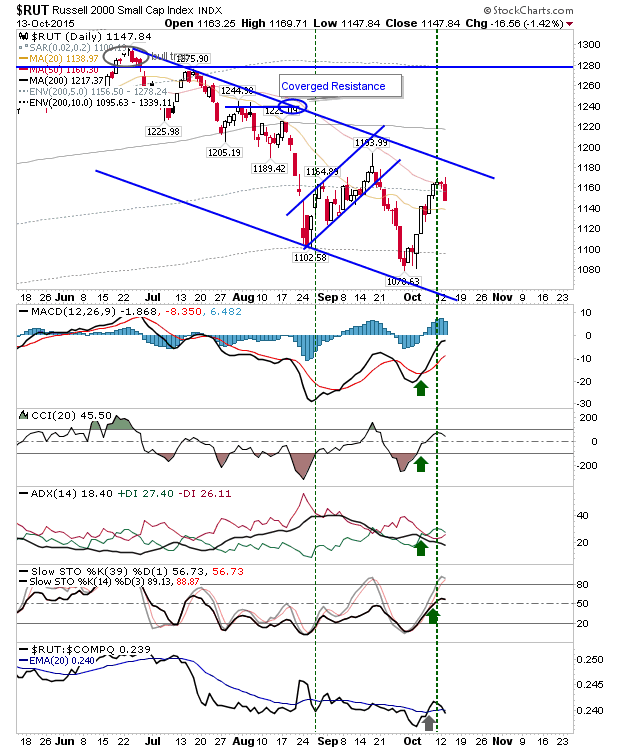 The S&P is caught in a no-mans land, reversing between support of the 50-day MA and resistance of declining resistance.  However, the index has so far honored the jobs-data spike high as a resistance point. If sellers maintain control tomorrow, then look to the 50-day MA for support. 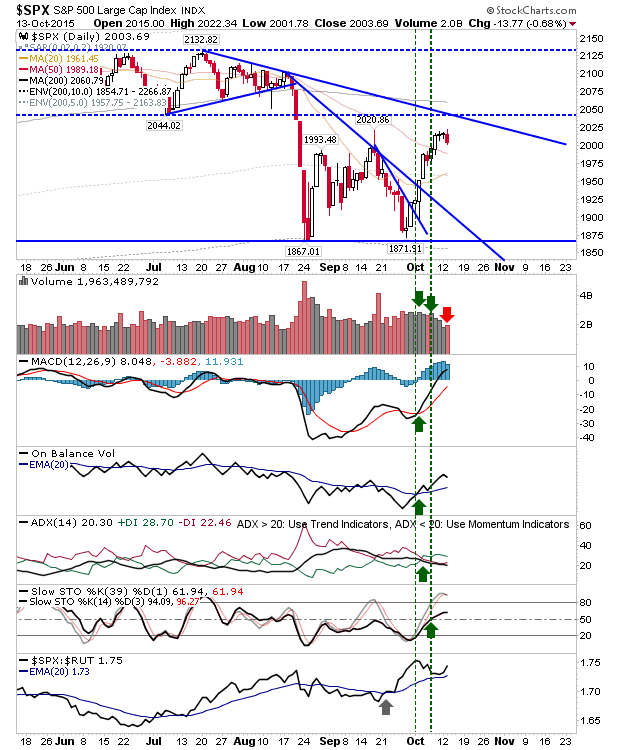 Premarket and the first 30-minutes of action will be key. Shorts (myself included) have struggled as each attempt at defining resistance have been followed by a shorts-stop chase and new highs. A second day of selling may force longs to start joining the sell-side and take profits - an action which hasn't be forced on them in recent weeks.