October 18, 2015
Bulls continued to squeeze shorts. This time I was thankful not to attack it as a short, but there didn't appear to be a lack of others on the wrong side of the trade. Volume wasn't great, but long holders won't mind that.

The S&P is approaching a crux of resistance between the swing low of July and declining resistance from July/August highs. Above that lies the 200-day MA, which may offer a spike high. Bears would ideally like to see a failed move above 2,044, with a close at or below 2,044. Technicals are all in the green, which gives bulls reason for optimism. 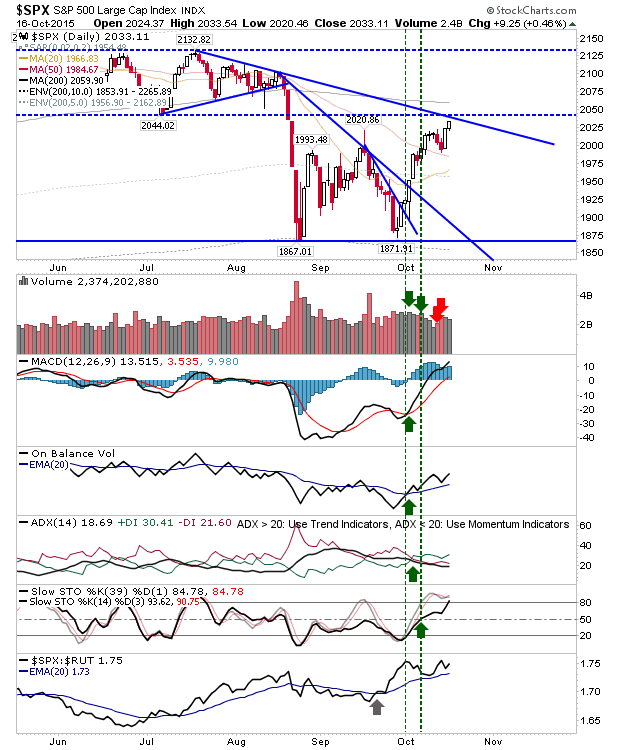 The Nasdaq went a step further and edged a break of declining resistance, although it hasn't yet got past the July swing low. The 200-day MA at 4,919 also hasn't been broken yet. A good start tomorrow would open up for a move back to 2015 highs, but the job data high at 4,960 might prove troublesome. 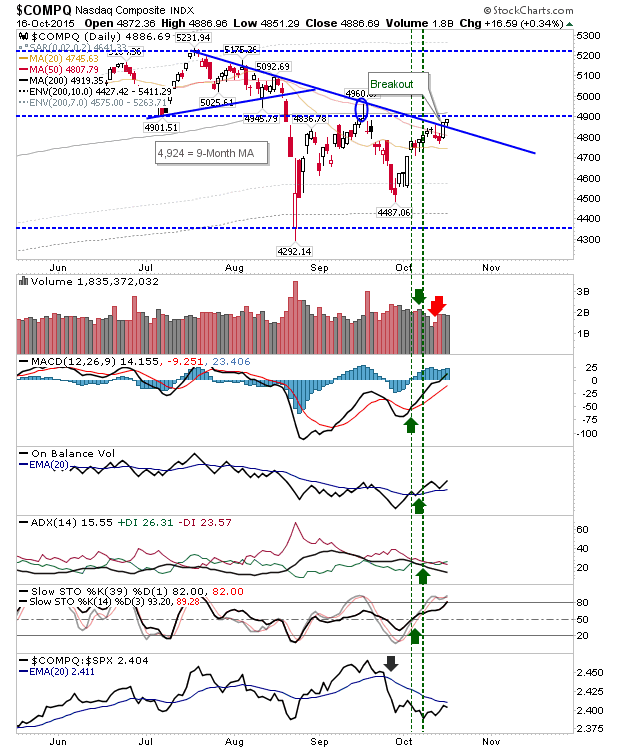 The Russell 2000 continued its run of underperformance to other indices with a flat close on Friday. The Small Caps index was able to hold above 50-day MA, but hasn't yet challenged channel resistance. 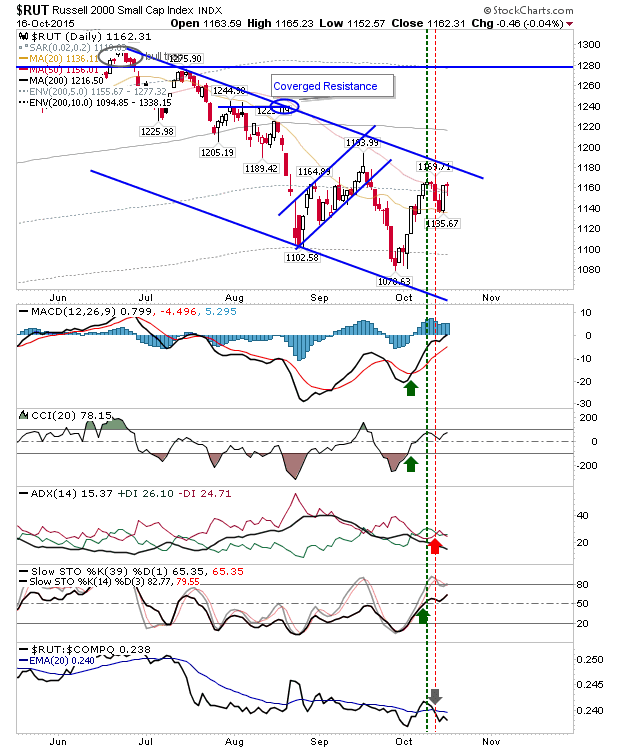 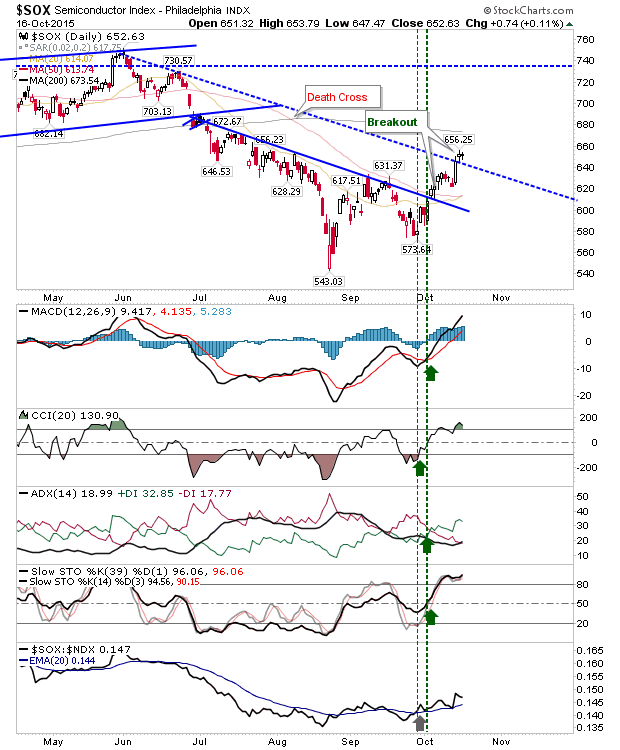 Tomorrow will be about consolidating Friday's small gains. Moving back inside the summer trading range will set up for a test of 2015 high's, Maybe doing so as part of a Santa rally in the latter part of the year?