February 08, 2015
After the breakout in the Russell 2000 it had looked like the S&P was ready to follow suit, but Friday wasn't to be its day. The S&P experienced a relatively light point loss, but did register a distribution day. However, it remains primed for a breakout on Monday. 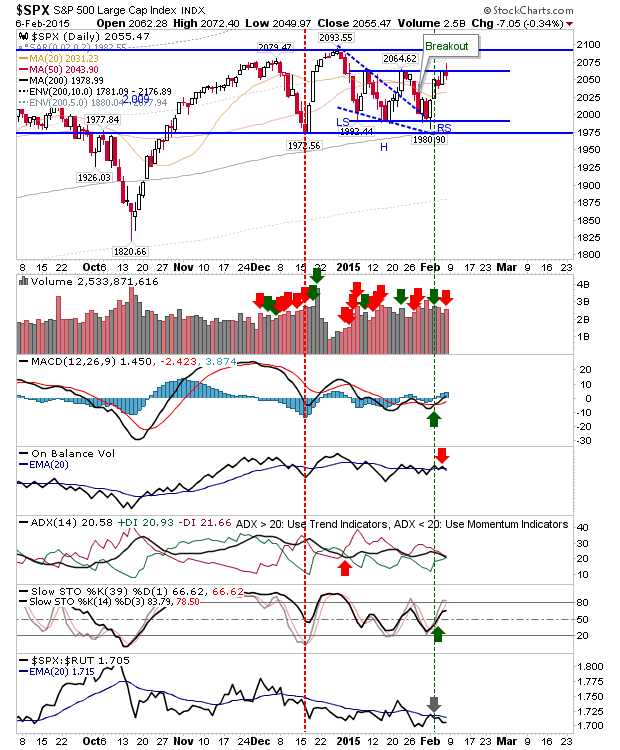 While the Russell 2000 breakout holds, it provides the basis for the S&P to follow suit. The index only finished a few points above its breakout price, but while it remains above 1,200 the break is considered valid. 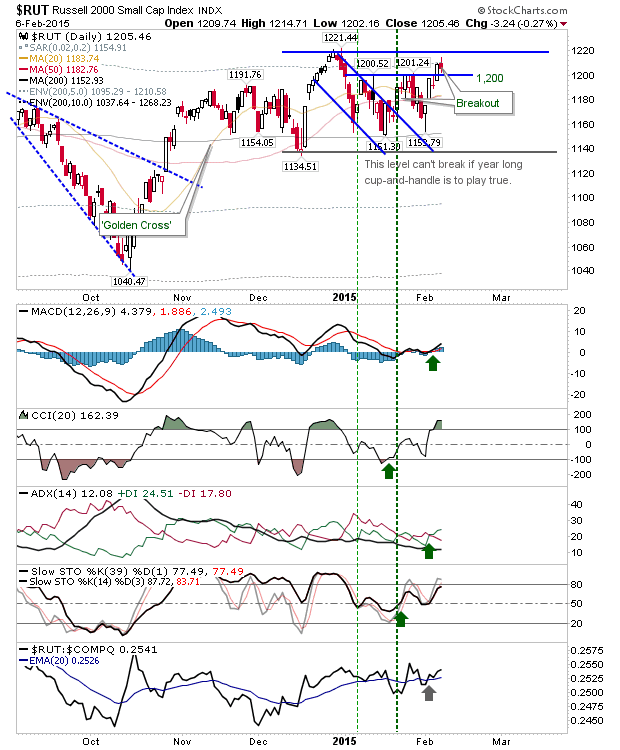 The Dow had also cleared its declining channel, although it hasn't yet surpassed the January peak, required before it can challenge 'Santa Rally' highs. 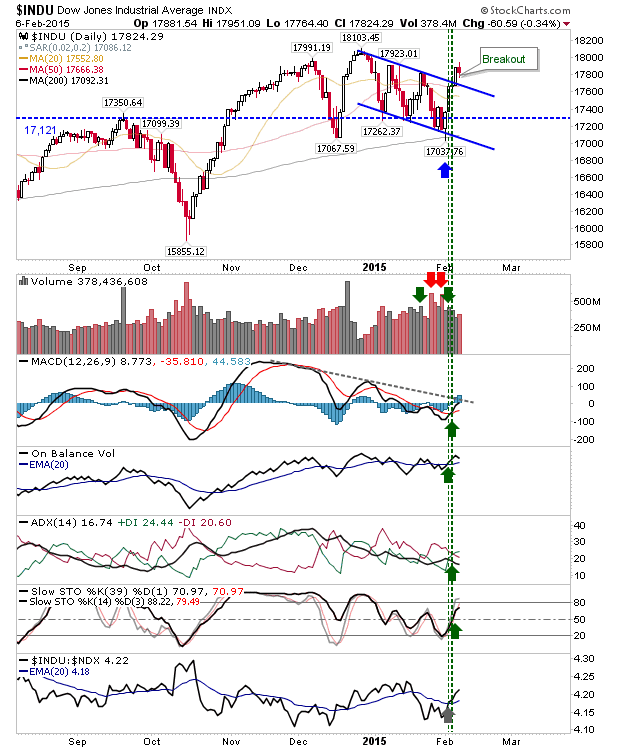 The Nasdaq is also waiting on a breakout, but if it can manage one it will rank as a new 52-week high. Unlike the S&P, Friday's selling did not register as distribution - offering another tick in the bulls column. 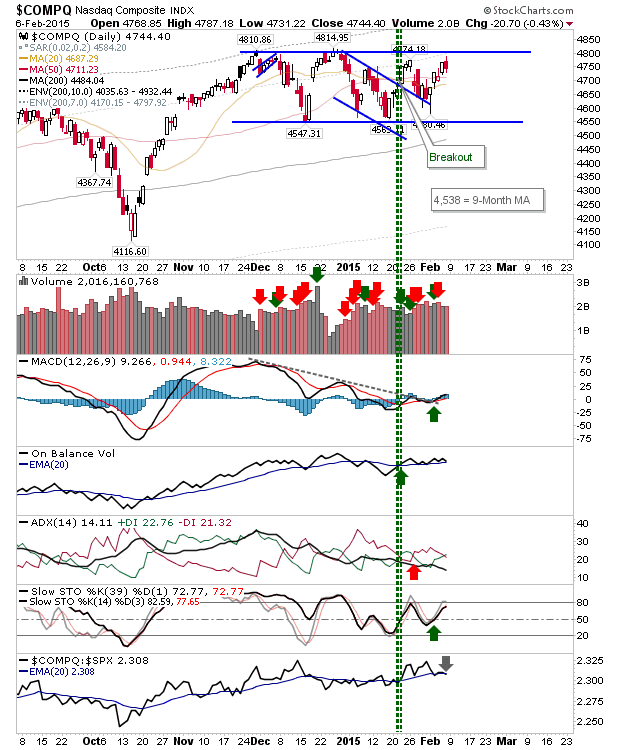 The Semiconductor Index could also be coming to the Nasdaq's aid. Since December, the index has been consolidating, but Friday saw a return to net bullish technicals, leaving it primed for a breakout of its own. Should this clear the consolidation it will provide additional fuel for the Nasdaq's (and Nasdaq 100) push higher. 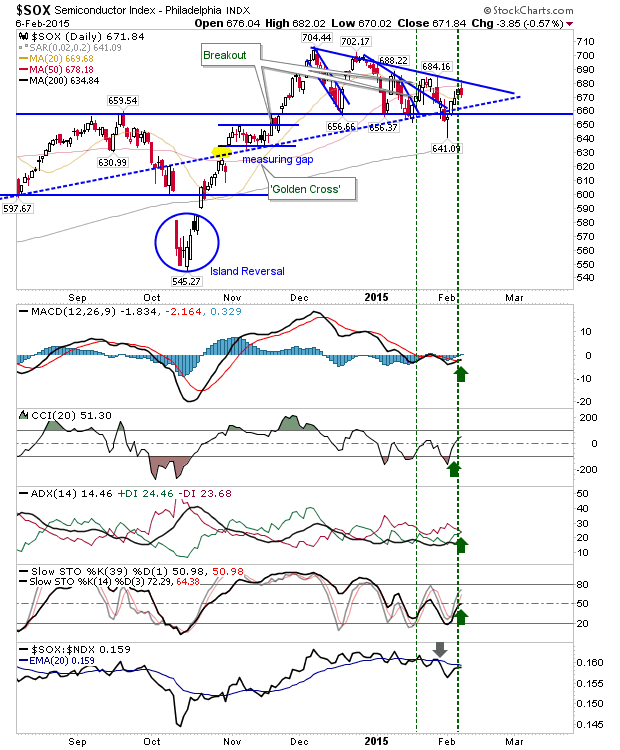 For Monday, keep an eye on the Nasdaq and S&P as they work towards breakouts. However, if the Russell 2000 drops below 1200 it will weaken the prospects for a breakout in the aforementioned indices.

Dr. Declan Fallon is the Senior Market Technician and Community Director for Zignals.com, and Product Development Manager for ActivateClients.com. You can read what others are saying about Zignals on Investimonials.com.