February 04, 2015
Very little for the investor, and a market offering high whipsaw risk for intraday traders. All lead indices continue their range bound behaviour, caught more or less in the middle of those ranges. Very little to get excited about until either support or resistance break.

The S&P had looked like it was attempting to build a head-and-shoulder reversal within the base, but this now appears to be trading flat out of that pattern, and more towards a base-within-base. A couple of positives are the 'buy' signals in the MACD and On-Balance-Volume, which may favour a push above 2,064 and a challenge of 2,090s. Also, yesterday's gain registered as an accumulation day. While some slowing of the advance on a tag of 2,064 is possible, there is good grounding for some more upside. 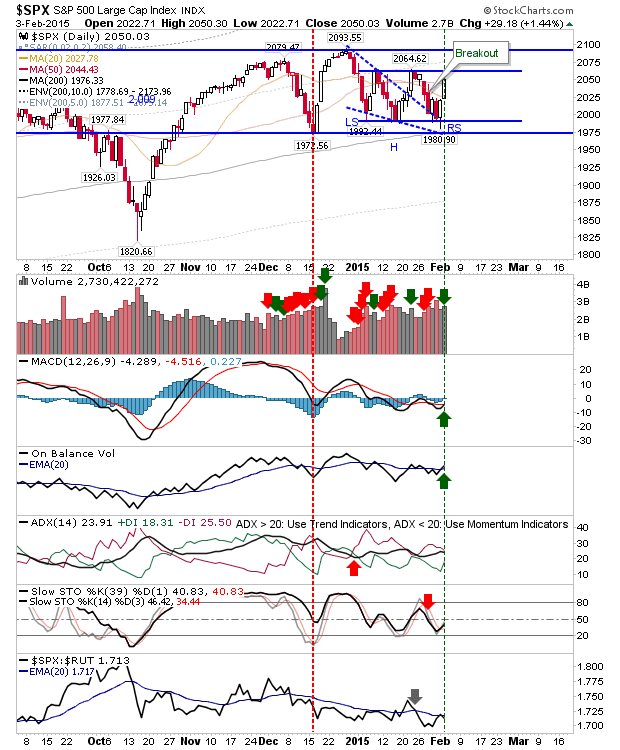 The Nasdaq too, registered an accumulation day, along with a MACD 'buy'.  Slow stochastics also held support along the bullish, 50, mid-line. However, there was a relative cross shift towards the S&P, which may stymie buying if money continues to favour safer Large Cap issues (or keeps with the value buying of Energy stocks). 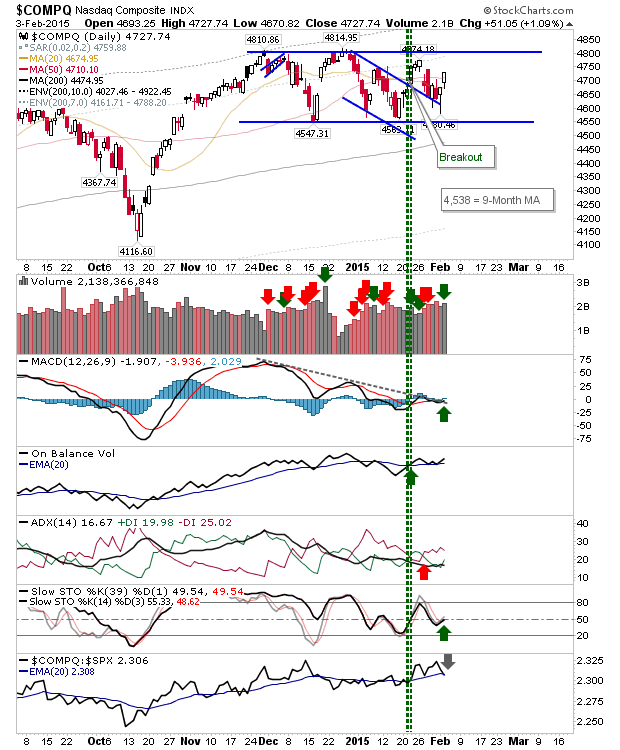 The Russell 2000 is also outperforming the Nasdaq (in relative terms), although has yet to make a challenge on breaking out of the 'handle' of its year long cup-and-handle pattern. 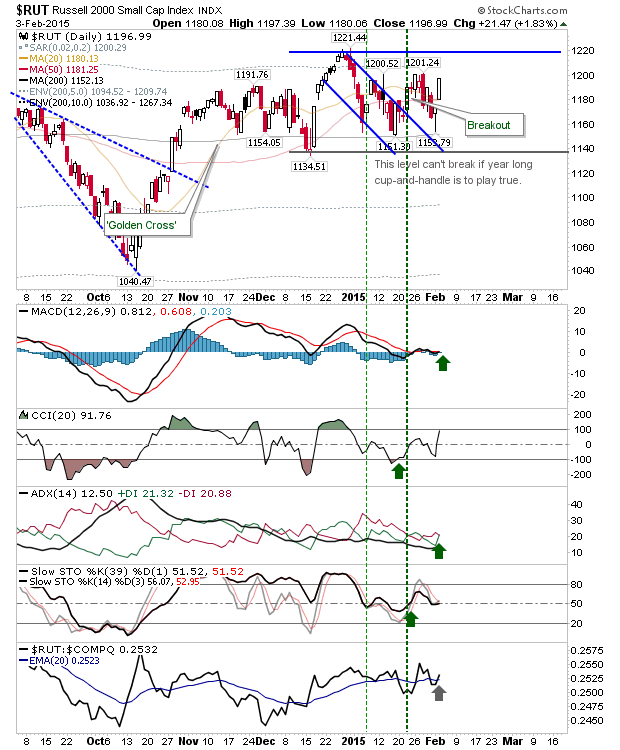 The Dow is perhaps the weaker of the indices, although it did successfully defend its 200-day MA, which was also the swing low support of the 'Santa Rally'. There is a downward channel in play, which will likely see a test today. This could be an important test, as a reversal and subsequent move back to the 200-day MA might not turn out so good for bulls. 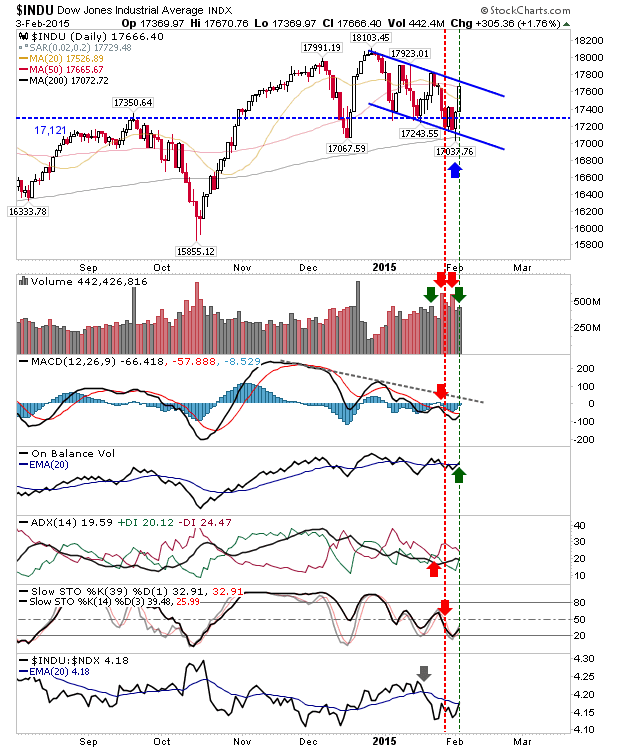 For Wednesday, keep a watch on the Dow. Of the indices, it's the one most likely to break (down) from its post 'Santa Rally' trading range. If it was to do so, then other indices wouldn't be long following suit.  As it stands, it's done enough to take it just shy of channel resistance, and even a minor gain would be enough to break it, and place it back inside the broader range - and a more neutral outlook going forward.

Little to get excited about at the moment.

Dr. Declan Fallon is the Senior Market Technician and Community Director for Zignals.com, and Product Development Manager for ActivateClients.com. You can read what others are saying about Zignals on Investimonials.com.