January 02, 2014
End of year window dressing favored Large Caps as both the S&P and Dow Jones Industrial Average finished the year at new all-time-highs. There was more muted action from Small Caps, although Tech averages also got their share of the action.

The S&P finished the year more than 10% above its 200-day MA; typically a time to be taking profits rather than buying. If the S&P can hold above 1,846 on January 2nd, the index will be then be entering its sixth year of consecutive years, when the S&P had a month when it was 10% or more above its 200-day MA -  the longest sequence dating back to 1950 (earliest data - likely longer in real terms).  The last accumulation signal (S&P 10% below its 200-day MA) was in October 2011, although the longest gap between accumulation signals was a 11 year period from 1990 to 2001.  However, the median gap is 2 years, and at 6 years+ this rally is getting long in the legs.  The last six year gap between accumulation signals was from 1975 to 1981, but that dip in September 1981 offered a great buying opportunity, so 2014 may yet present this chance. 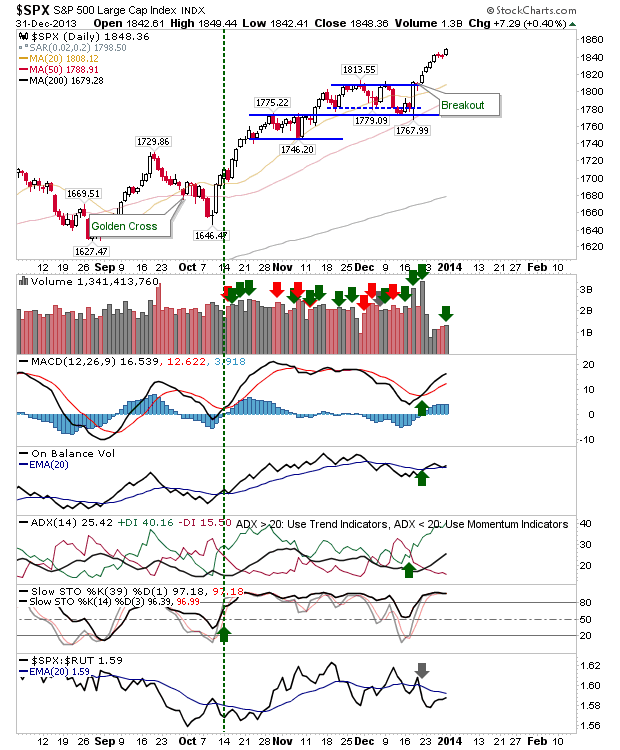 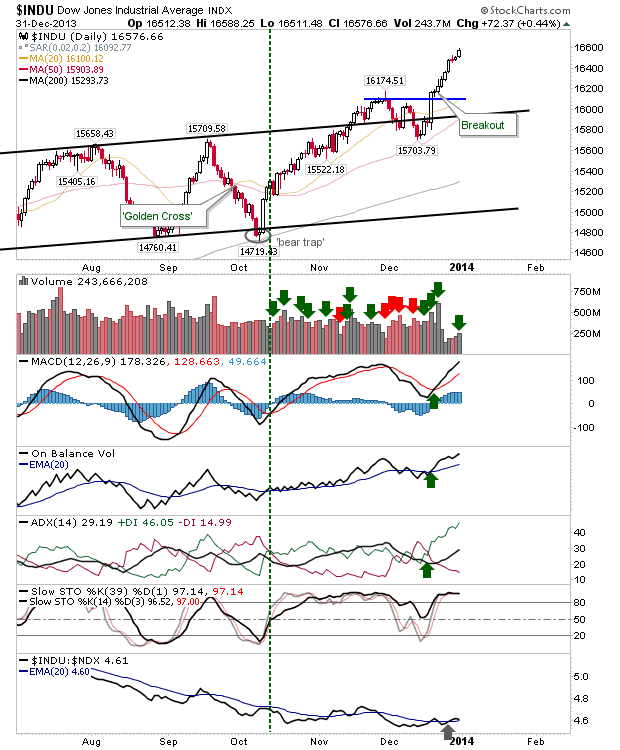 The bad print in the Russell 2000 disguises the modest action of Small Caps. It remains inside its bullish channel, but relative strength continued its shift away from Small Cap stocks, a shift which accelerated since the end of October. 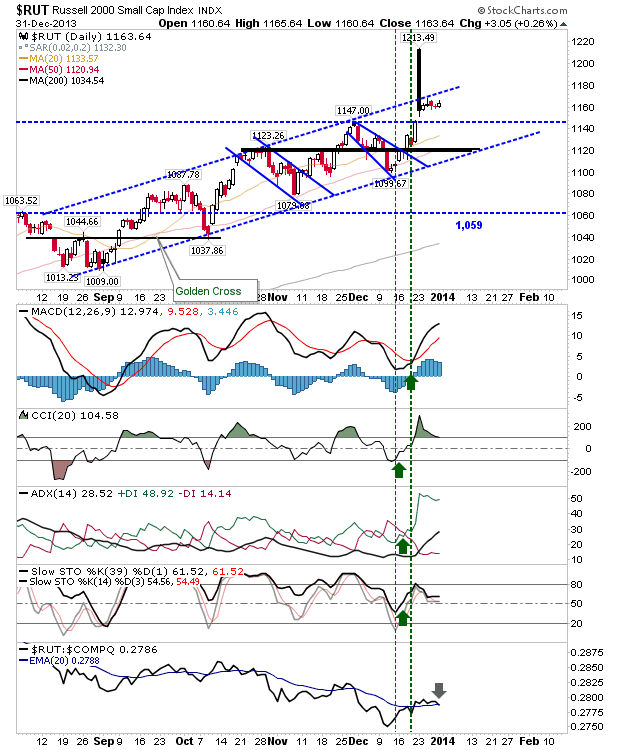 The semiconductor index has done its bit to keep the Tech average motoring. There was a decent push higher on improved relative strength in this key sector. Tech stocks will probably offer the most attractive opportunities in the first part of next year as they don't look as extended as some Large Cap stocks. 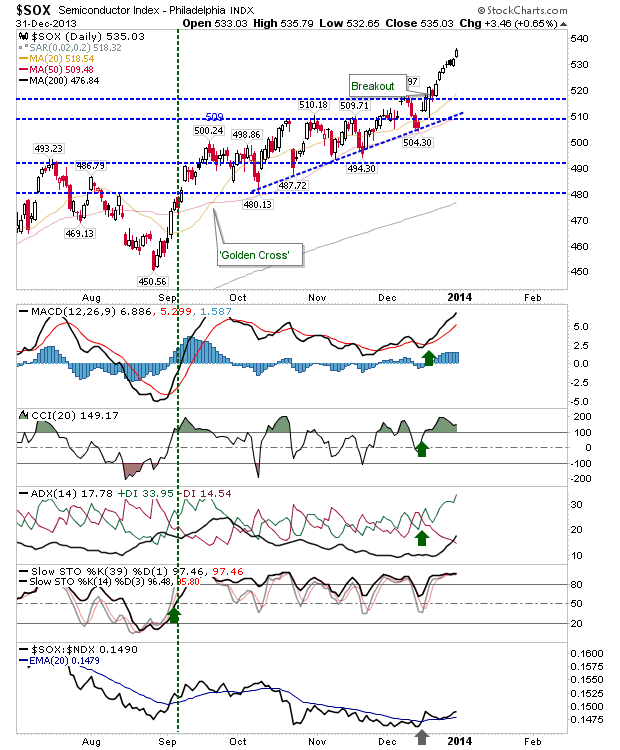 The Nasdaq has seen an acceleration in its trend since the end of December, although not as fast as for the S&P. However, the Nasdaq has performed relatively stronger than the S&P since the end of November. Given the health of the Semiconductor index, I suspect this relationship will continue. 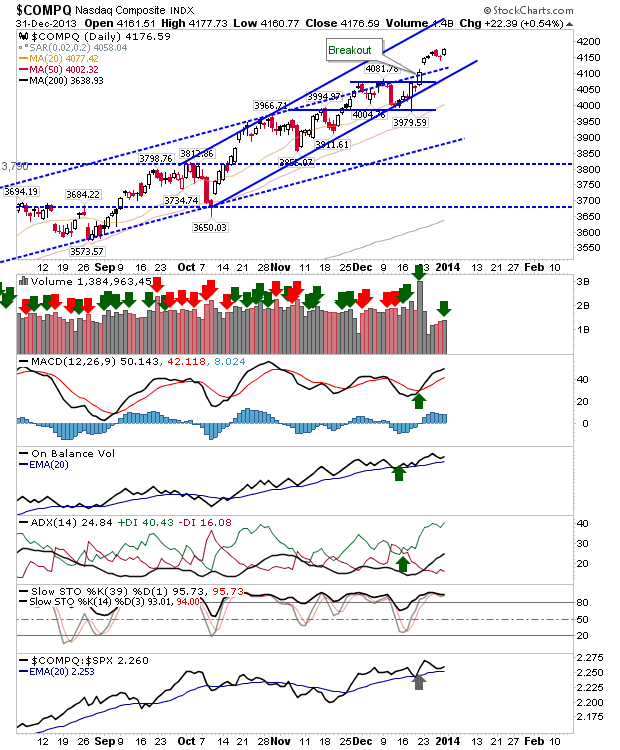 The real action for the New Year probably won't kick off until next week, but the next couple of days should give a flavor as to what is to follow.  The rally is in need of a decent correction. However, the secular bear market is over, so any substantial pullback will offer great value. Should the S&P make it 10% below its 200-day MA, then I will be beefing up my ROTH/IRA/Investment account with stock.  Tech stocks should benefit from what has been a great year for semiconductor stocks as the semiconductor index looks set to break past the 550 level which has contained it since 2002 (although the dizzy heights of 1,350+ from 2000 are still a long way off).