The most interesting is perhaps Airgas. The stock bullied past $100 in July after a failed attempt in May. The 50-day MA has offered itself as support, which was used in August.  Technicals are net bullish. 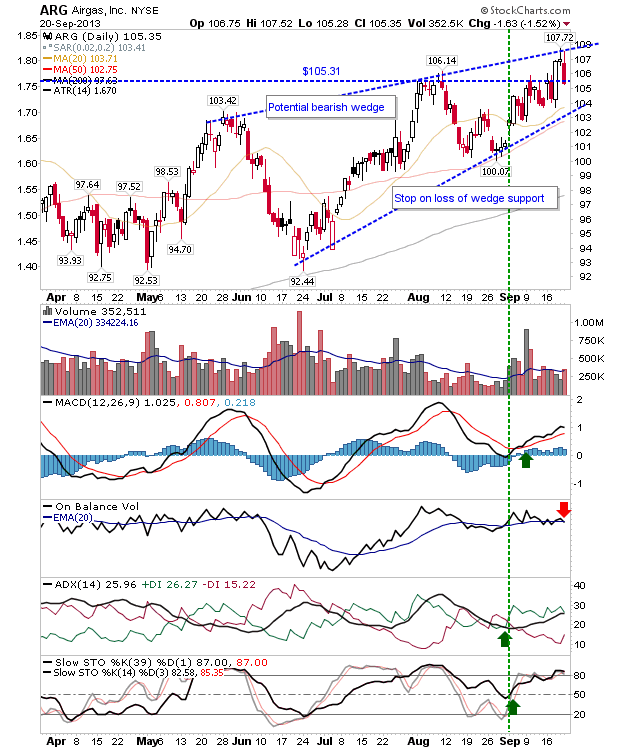 Potash Corp is a little more interesting. The strong gap down following the breakup of the potash cartel should have lead to a new downtrend, but buyers have staunchly defended $29 support. In September, there was a break of $31.56 and a move into the gap.  Traditionally, such moves should see a rapid closure of the gap, but the 50-day MA has so far played as resistance.  There is a convergence of 20-day and 50-day MAs which could lead to a swing trade play (most likely higher). 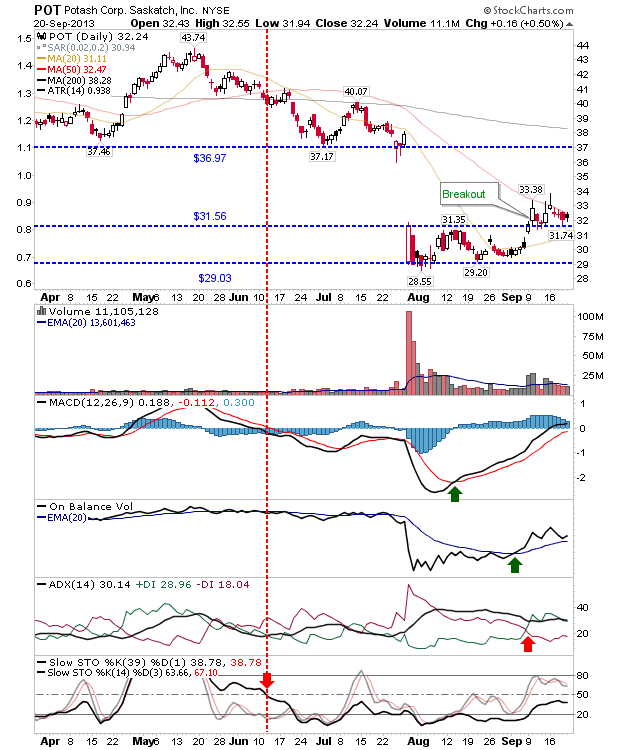 The Dow is the slow-and-steady of the three. A solid rally has successfully used the 20-day MA as support. The angle of the ascent is not to sharp; the kind of rally which typically finishes with an exponential flourish. The only negative is the On-Balance-Volume 'sell' trigger after two heavy volume days of selling. 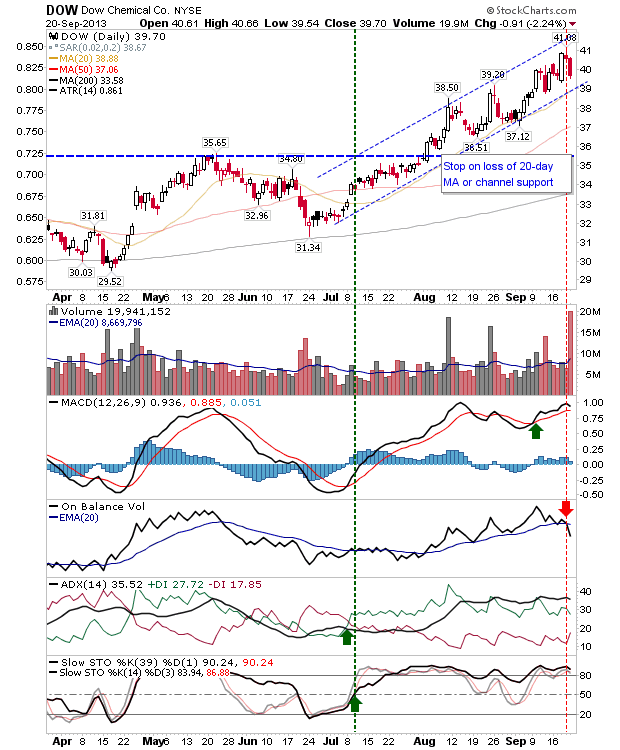