May 05, 2013
Market Breadth accelerated higher, firming up the swing low and supporting the current leg of the rally. The swing low emerged from relative strength - not from an oversold state - as is typical at major lows. So while the Percentage of Nasdaq Stocks above the 50-day MA has room to run before it becomes overbought, the Nasdaq Bullish Percents and Nasdaq Summation Index will be soon be in overbought territory once more. 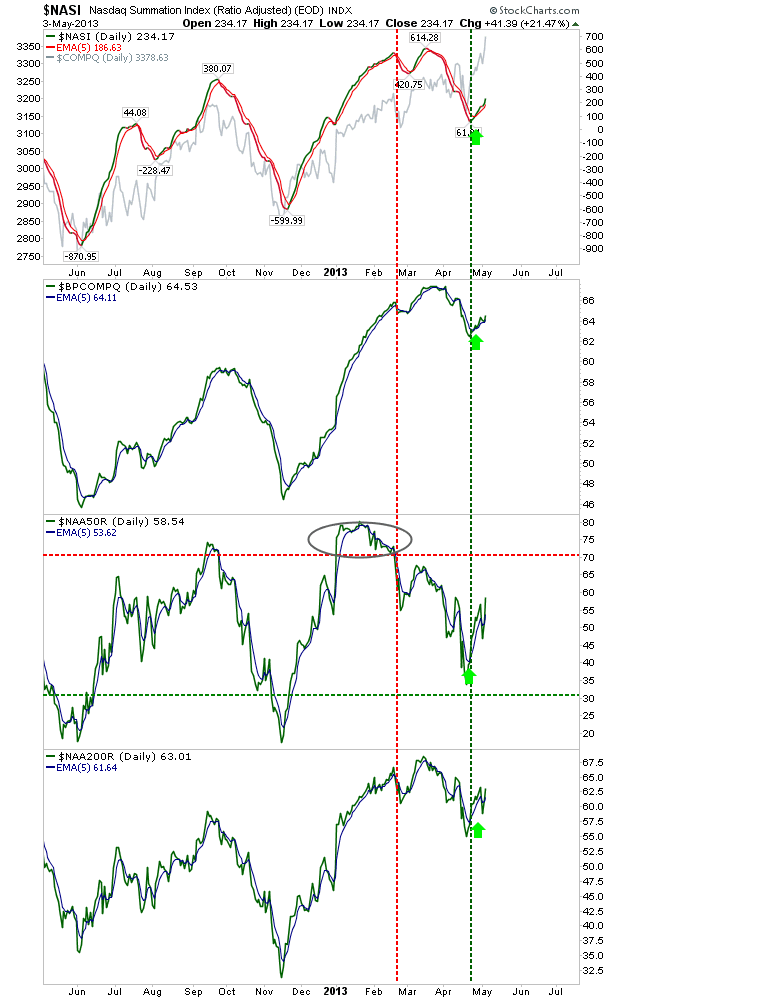 The number of New Highs - New Lows continues to map a top, although for the parent index this is more likely to be associated with a sideways market, rather than a hard sell off as occurred in 2008. 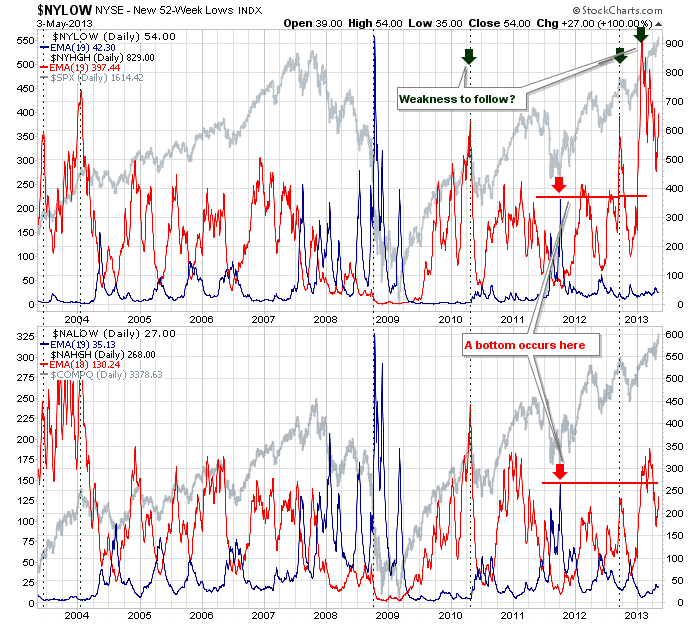 The daily chart for the Russell 2000 displays vulnerabilities, although the weekly chart remains bullish, with a few opportunities for buyers to step in on future price declines. 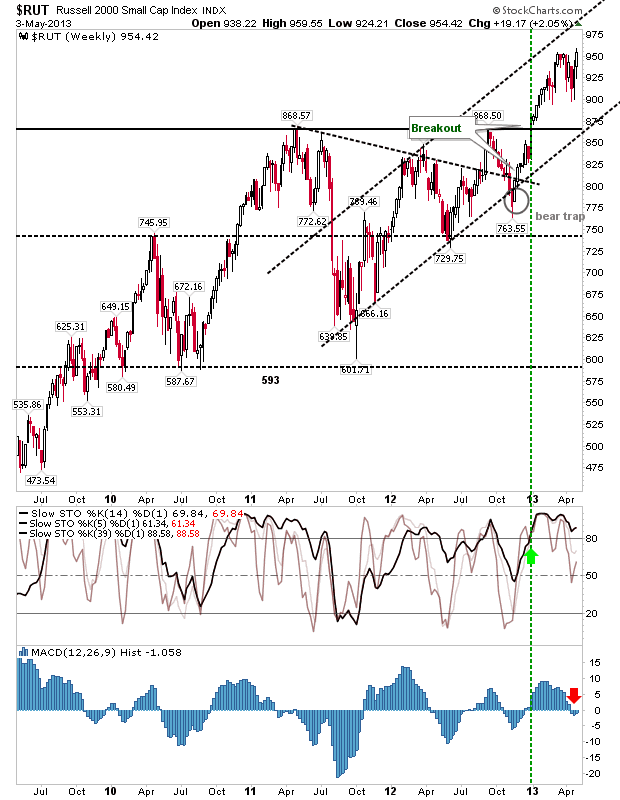 Although the Nasdaq offers the better opportunity on the daily time interval, with the weekly chart offering good support for a rally too. 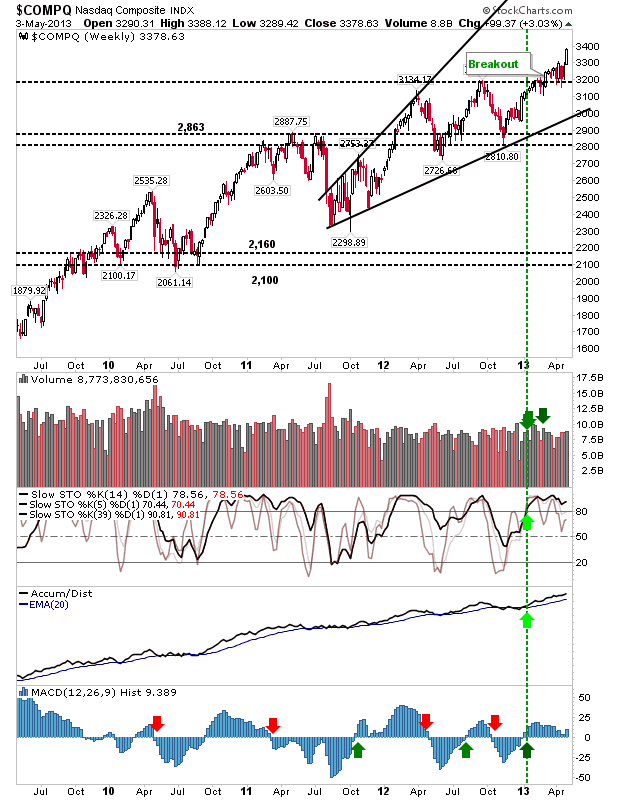 Until there is a significant break of support, or all market breadth indicators become overbought, the rally should continue for a little while longer.  However, for those tracking my investment strategy, Friday qualified as a day to take profit / sell covered call day: the S&P has extended itself by more than 10% from its 200-day MA.  The last time this signal was given was March-April of last year; two months later the S&P was down nearly 9%.