April 15, 2013
It was a bad day at the office for bulls, but the selling hasn't totally handed control to the bears.  The swing lows are still defendable positions, although action in the Russell 2000 suggests these won't be defended very hard.

The near 4% sell off in the Russell 2000 knocked out the swing low, with a clean slice of the 50-day MA to boot.  There is little to protect until the index gets down to its 200-day MA. What's most problematic is the role of the Russell 2000 as a trend leader, and this trend is clearly favouring bears (for Small Caps).  Look for Tech and Large Caps to follow - eventually. 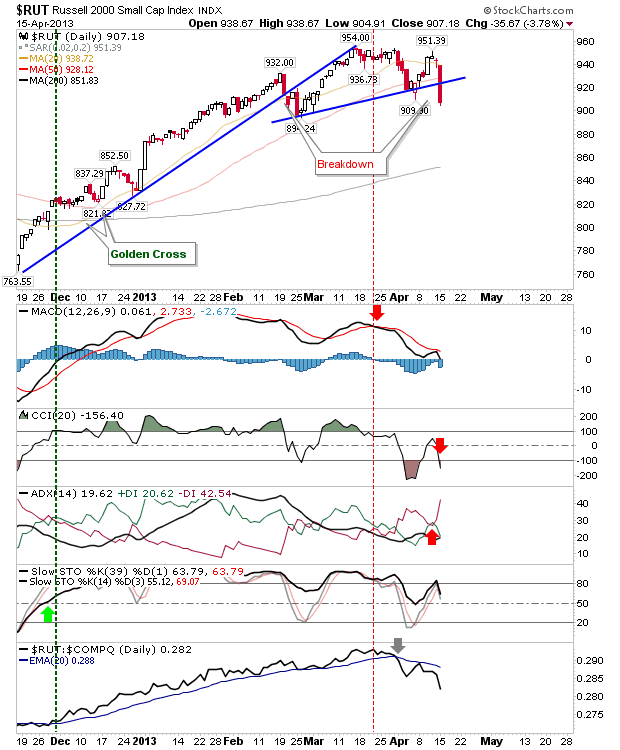 The Nasdaq was working off a 'bear trap', but today's losses have come close to negating it. A loss of 3,168 confirms. The larger bearish wedge is still influencing matters, with the 200-day MA the downward target. 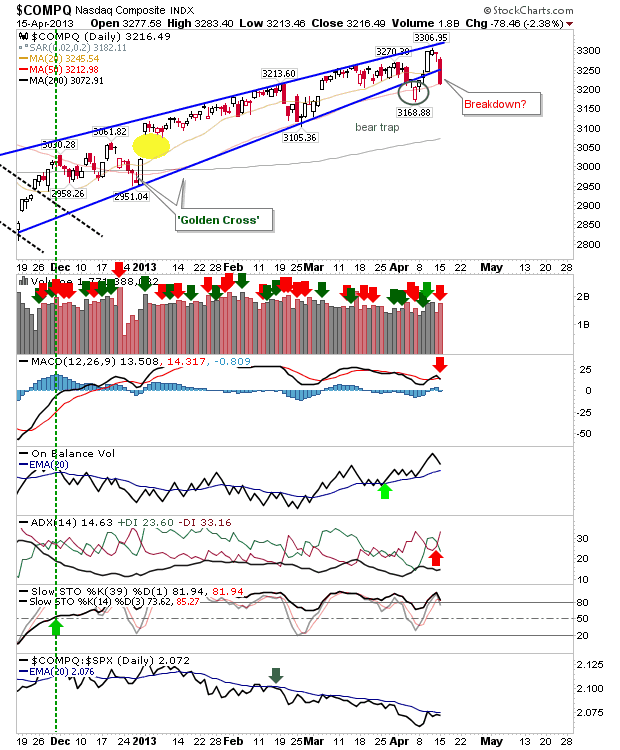 The S&P had the lightest of losses, but yet remains inside the broader bullish channel, and above its 50-day MA. While this will likely break, it should be honored until it happens. If buyers reappear they will flock to defensive Large Caps first, but sellers will likely have control the market for another few days. 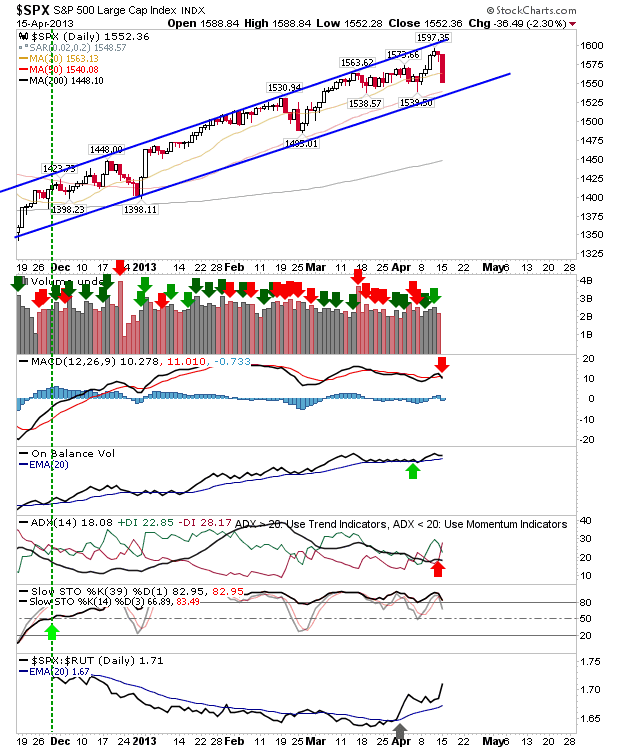 Again, the Nasdaq 100 neatly shows the battle; bull and bear traps in close proximity - which will be the one to lose out? 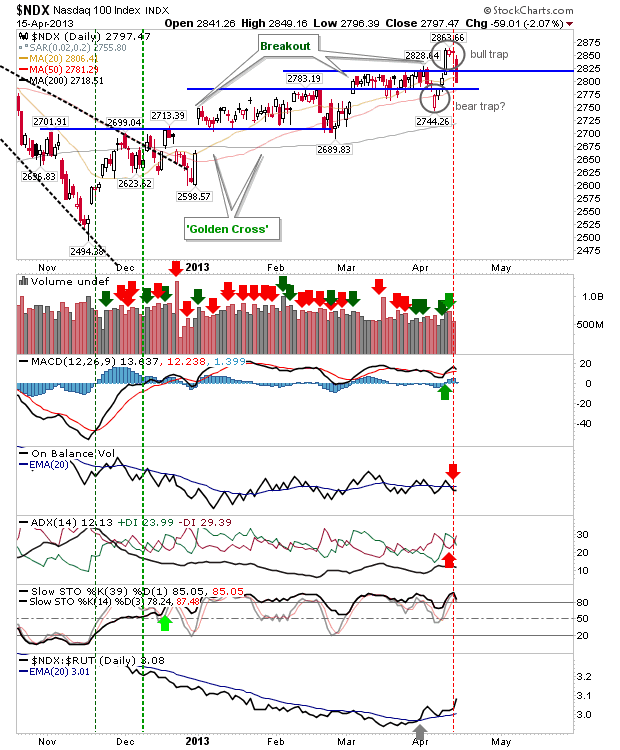 Traders will probably be looking at short positions in or around the 20-day MAs, especially for the Russell 2000. Certainly, 20-day MAs will be the first of many tests for bulls over the coming days.  Bears will be wanting a push down to 200-day MAs before looking to take profits.