February 05, 2013
It has been a confusing past few days for the market, up - down - up, with very little net change. If there is an edge, it favors bulls as buying volume increased to register as a confirmed accumulation day. However, this consolidation could play out for longer as overbought conditions work there way out.

The S&P still holds to a MACD trigger 'sell' as it looks to regain relative leadership against Small Caps (which isn't good for the health of the broader rally, but will protect the S&P from the worst of any upcoming losses). 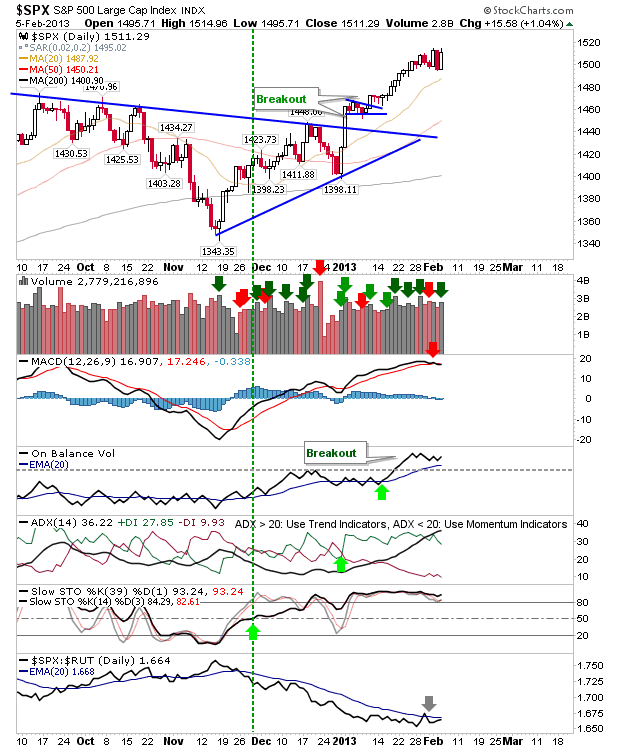 The Nasdaq maintained its hold on the breakout. On-Balance-Volume has effectively flat-lined, with the MACD looking to do likewise. However, the rally from the November low is intact, and until proven otherwise this remains the primary driving force. 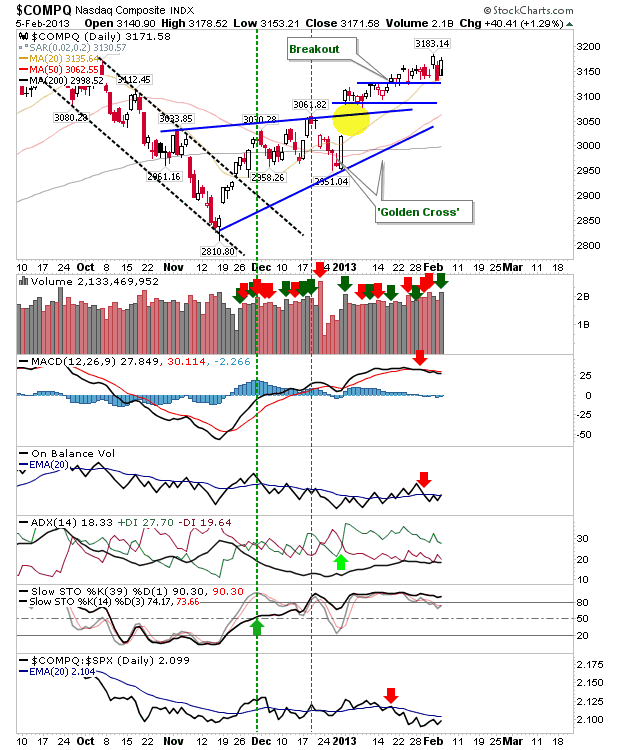 The Russell 2000 also recovered yesterday's losses. It has a 'sell' trigger in the MACD to deal with, but has a more workable 20-day MA to lean on as support. 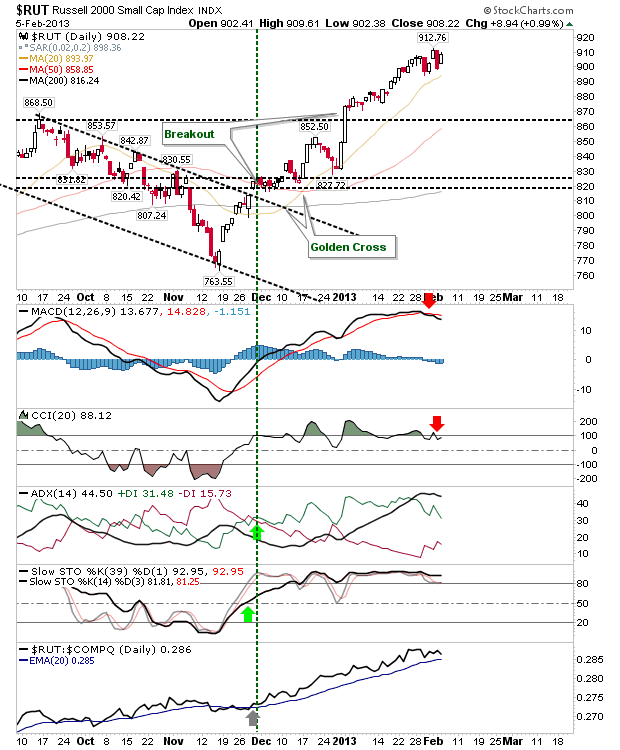 The side story is the semiconductor index. It has performed very strongly since the November swing low, and today was no exception. It's fast approaching channel resistance and it may make that test tomorrow. It has a MACD 'sell' trigger to deal with, but there is a good chance this will turn into a buying opportunity given this index is due a secular advance (and the current rally has the makings of a start of one). 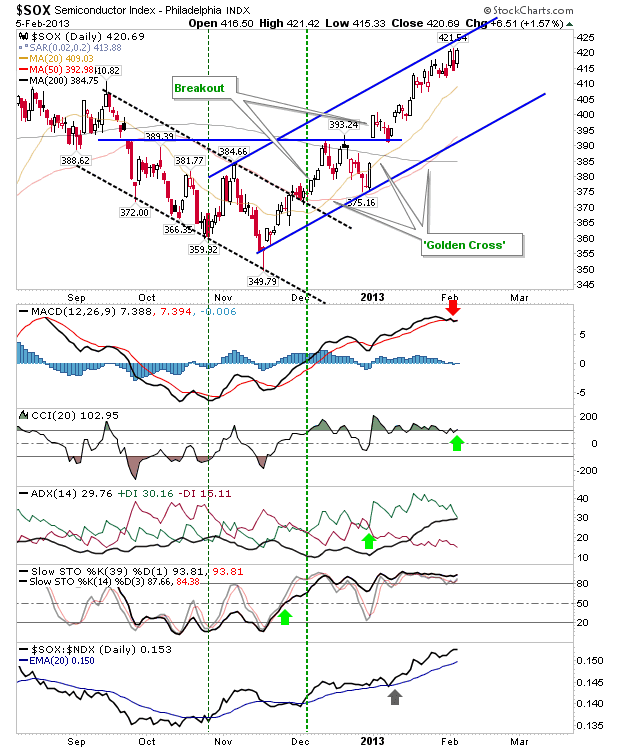