February 06, 2013
Today's action was narrow, but an early attempt by bears to push a sell off was quickly reversed.  Indices finished near their highs, and are well placed to push higher.

The S&P has had an up-down past few days, but today's action suggests bulls hold the best cards.  The MACD will likely reverse its 'sell' signal soon, returning Technicals to their net bullish state. 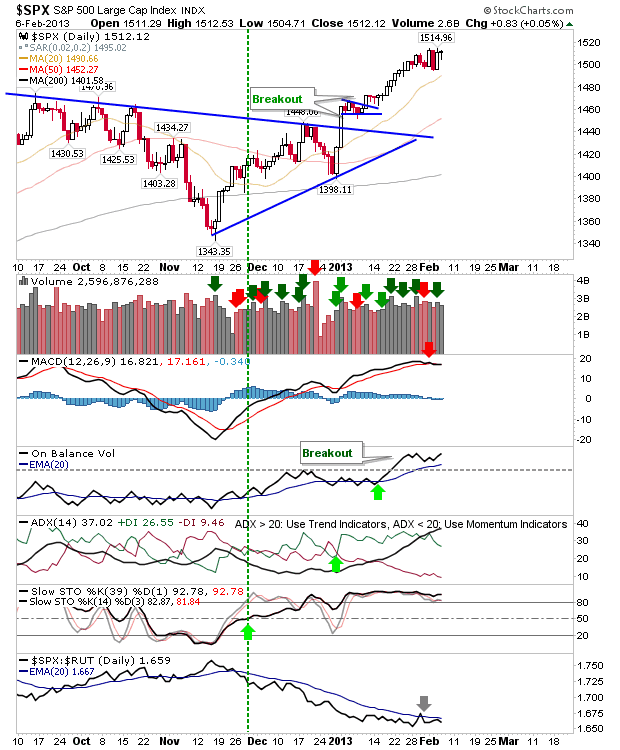 The Nasdaq finished slightly lower, but key for it is holding above its 20-day MA (and its early January breakout).  As with the S&P, it's likely to see a MACD 'buy' soon. 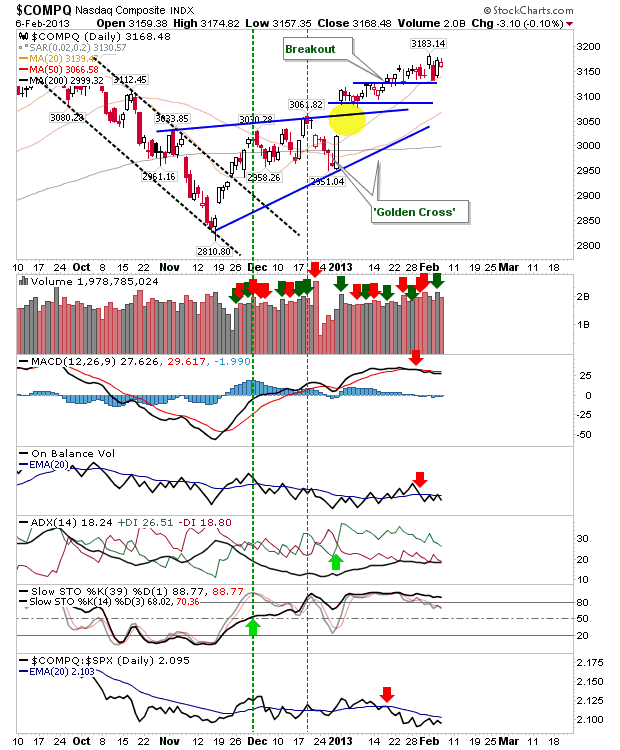 The Russell 2000 had the best of the day's action. It finished just a point shy of its recent high, but technicals have the most ground to make up. However, the trend remains firmly in bulls favour, with the 20-day MA available for support/trailed stops. 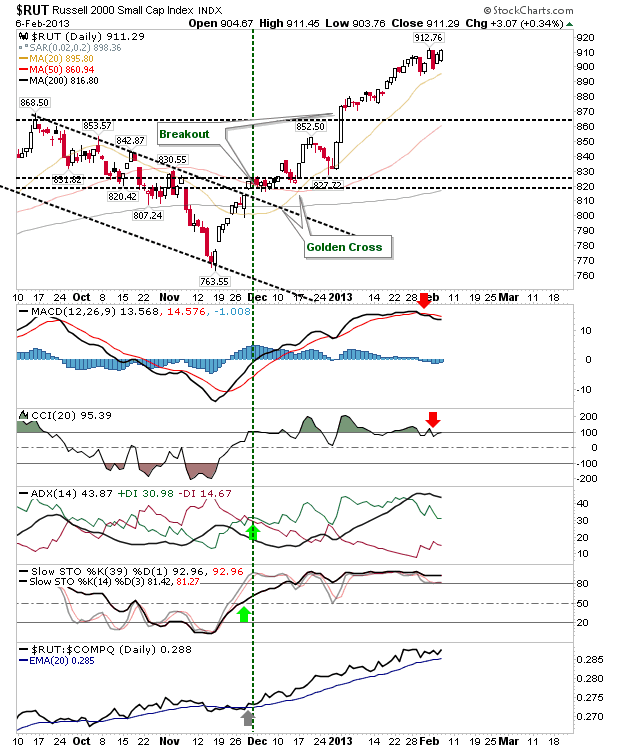 Finally, the semiconductor index did finish at a new closing high. And it reversed its MACD trigger 'sell'.  This is good news for the Nasdaq and Nasdaq 100. 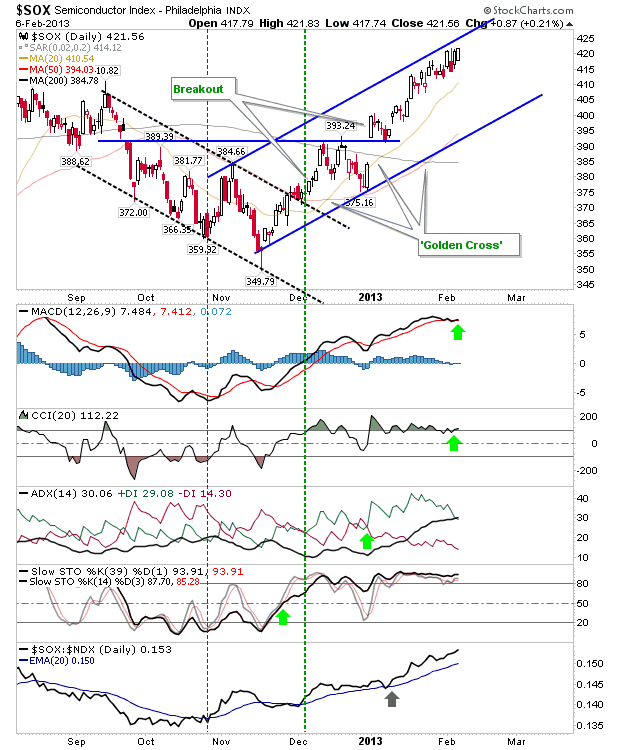 Can Thursday deliver a resumption of the upward trend? Odds appear in bulls favour.
---