February 28, 2013
While the rally flattens out, there is one side of the market which has sided with the bears, and that's the number of distribution days.

The S&P has experienced five consecutive distribution days since the last accumulation day. However, On-Balance-Volume has maintained its accumulation trend, although it's under pressure from bears. Relative strength has shifted in favour of the S&P, which is bearish for the broader rally - although better news for the S&P. 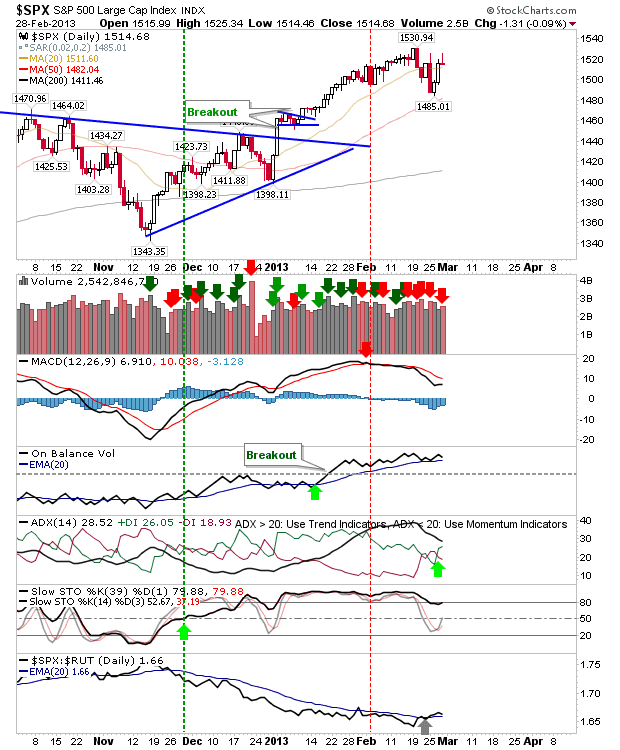 The Nasdaq 100 has also a string of distribution days, interspersed with the occasional accumulation day. On-Balance-Volume has flat-lined, but has a slight bearish edge. The big plus is the hold of 2,700 support defined by the gap breakout at the start of the year.  It will be critical for the success of the breakout that this gap doesn't fill; a loss of 2,678 is a 'sell'. The Russell 2000 broke through its rising trendline last week. It's working a confirmation back test of the trendline, although it's questionable if it will make it there. 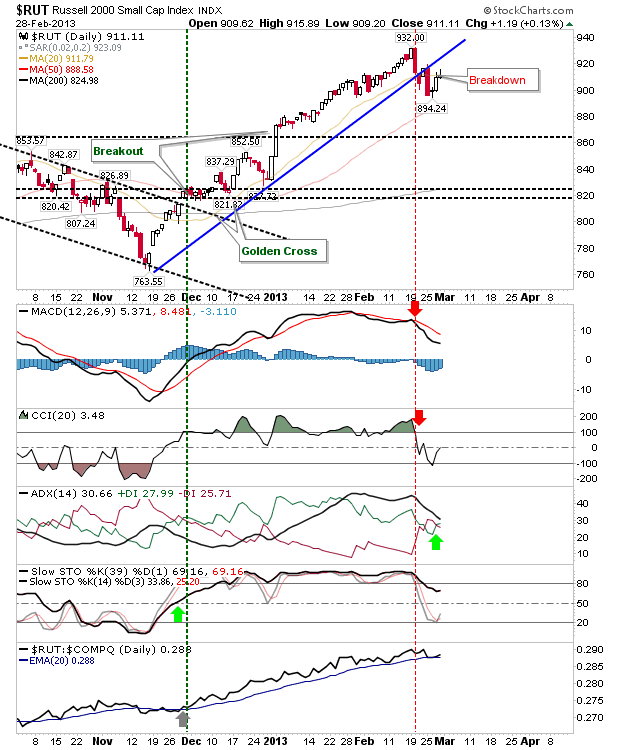 Today's action had the look of a tiring relief rally. Watch for a gap down open which could expand into a solid sell off for Friday.