January 31, 2013
An odd day for the markets with a mix of gains (Russell 2000) and losses (anything else!). Volume climbed to register distribution for the Nasdaq, Nasdaq 100 and S&P, but given the degree of loss it's more like churning than hard defined selling.

The S&P sharply reversed its relative gain against the Russell 2000, but is close to a MACD trigger 'sell'. 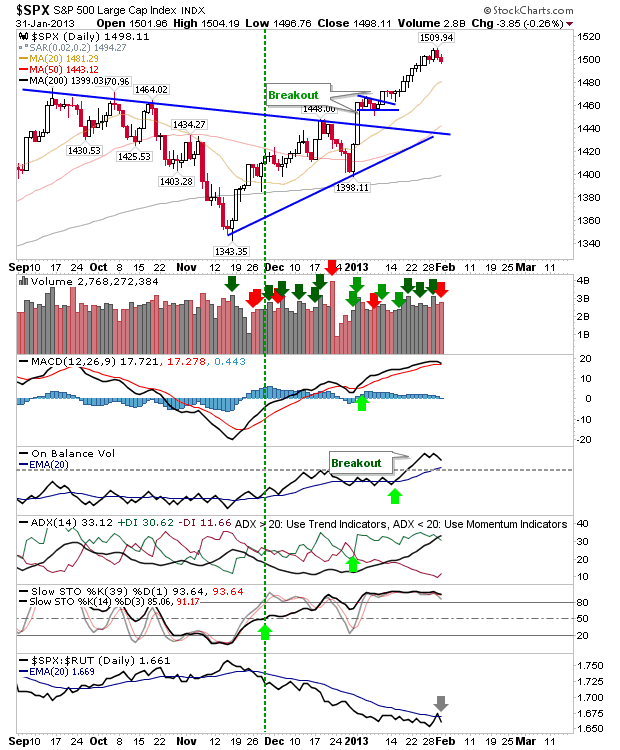 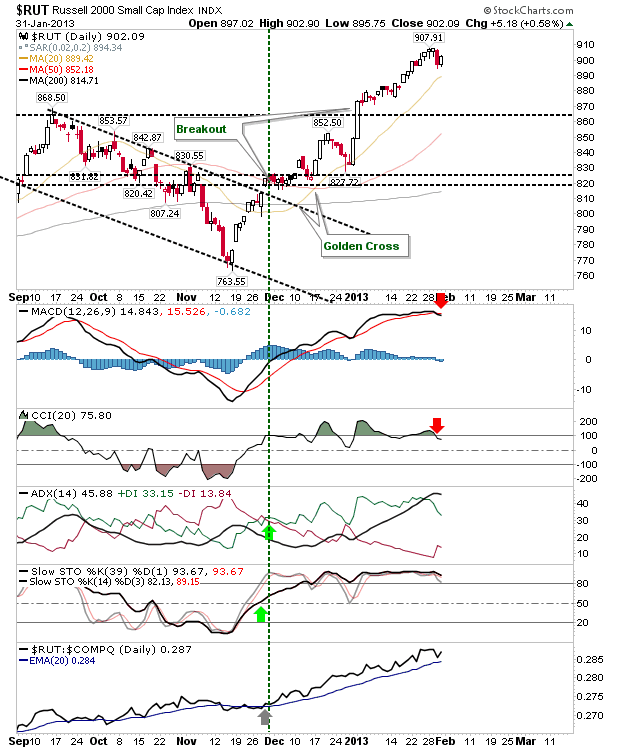 The Nasdaq finished effectively flat, but trading volume was particularly heavy. This volume spike contributed to an increased loss in On-Balance-Volume, which builds on the MACD 'sell' trigger. 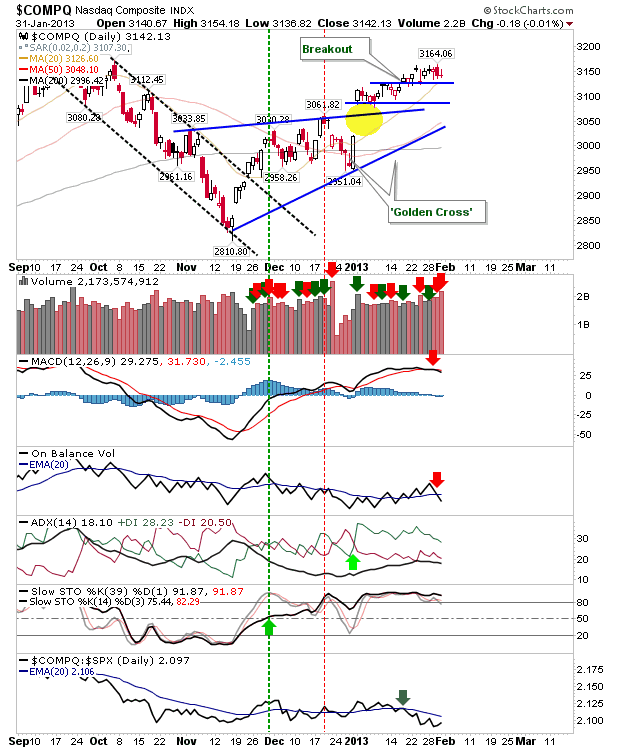 The net effect of today was better for bulls.  Despite heavier volume, the selling was unable to push the market significantly lower. Also, the more speculative Small Cap stocks managed gains and swung the market away from defensive Large Caps. The market needs a substantial pullback to balance the gains, but it may still be a little early for it (despite the heavily overbought nature of the market)