September 30, 2012
I'll start with a breadth chart which has drawn up an interesting observation.  The NYSE managed to post a peak in the number of 52-week Highs which is usually a prelude to a period of weakness. This last happened in early 2010 and led to a lackluster second half of the year. The only caveat is the lack of a similar peak for the Nasdaq. Such peaks don't typically reverse a market (it was a succession of lower peaks which contributed to the market collapse in 2007), but they have marked periods of instability. 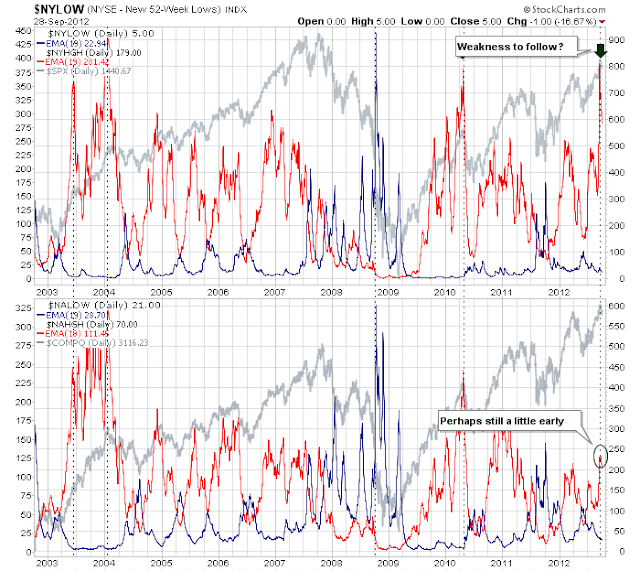 Having said that, the Nasdaq is looking toppish in other breadth indicators. The Nasdaq Summation Index is more likely to mark a peak once it negatively diverges to the parent index. If this was to be the case again then the Nasdaq has probably another couple of months worth of rally-juice before it starts to ease back. 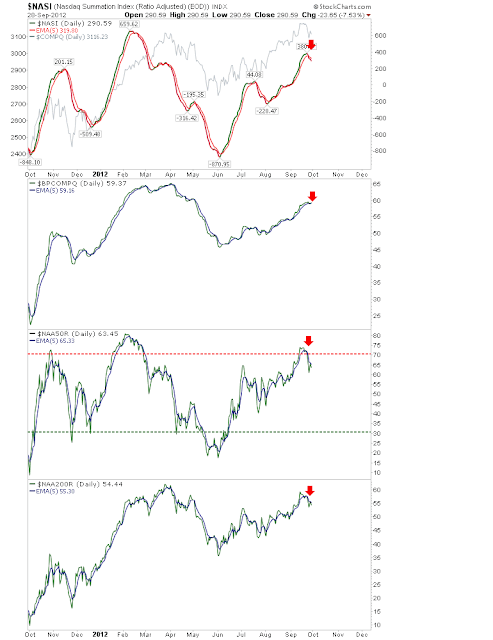 Bulls should continue to look for the Russell 2000 to break higher and follow the action in Tech and Large Cap indices. Last week's action has the look of a retracement with the potential pull buyers from the sidelines should it fall into the 805-820 area. 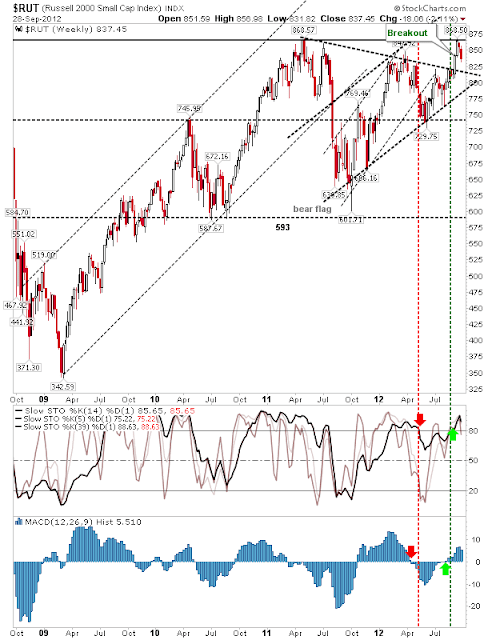 The Nasdaq held its breakout despite last week's losses.  Bulls prepared to defend 3,100 so it would appear. 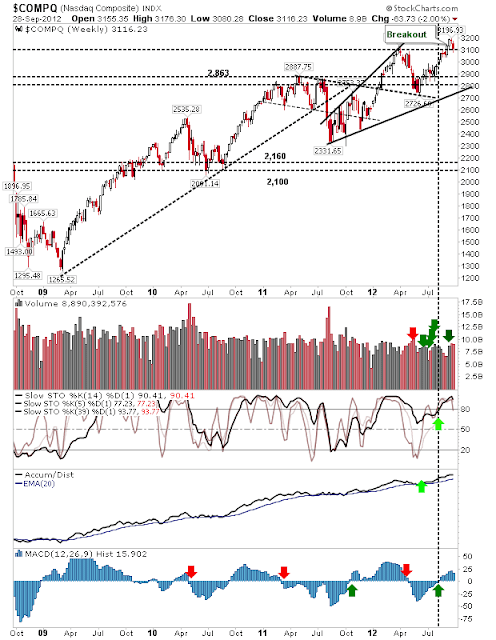 But the S&P has the most breathing room to support and remains the best 'hold'. 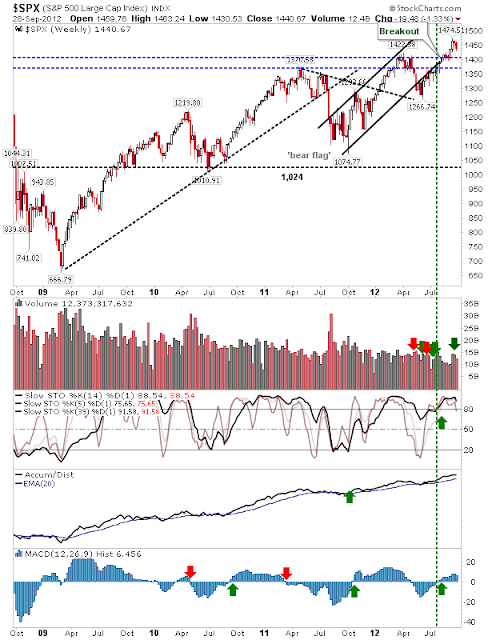 While breadth favors some form of consolidation for Tech and Large Caps, it doesn't suggest the rally is over.  Indeed, the best opportunity for bulls may be looking for the Russell 2000 to take on the leadership roll critical for bull markets.


Dr. Declan Fallon is the Senior Market Technician and Community Director for Zignals.com. I offer a range of stock trading strategies for global markets which can be Previewed for Free with delayed trade signals. You can also view the top-10 best trading strategies for the US, UK, Europe and Rest-of-the-World in the Trading Strategy Marketplace Leaderboard. The Leaderboard also supports advanced search capability so you can tailor your strategies to suit your individual requirements.

You can read what others are saying about Zignals on Investimonials.com.
JOIN ZIGNALS TODAY - IT'S FREE!