December 06, 2010
After another good week for the indices as bulls squeeze bears. Prior Bull Traps have reversed and shorts will be threatened by the potential to push back to 2007 highs (or higher). What had the Stockcharters to say about it?

Anthony Caldaro of Objectiveelliotwave.com is looking at a fifth wave higher in the S&P 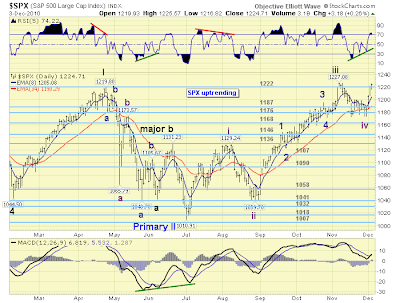 His weekly chart has also moved back towards a more bullish outlook with a third wave higher. 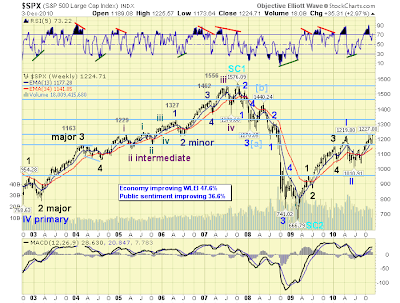 Similar on the monthly 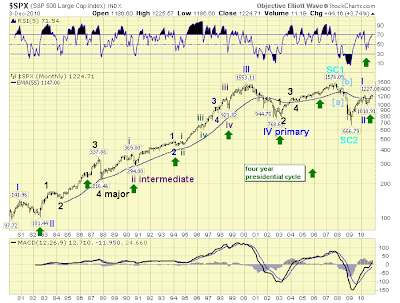 Richard Lehman of the Channelist is looking for a slowing of the initial advance; too much too fast - but by no means done.

12/5 -- Short term charts are in upchannels again now, but at the upper lines and ripe for a pullback very soon. The small caps (like RUT) and sectors like XLE have accelerated and are getting way ahead of themselves. The dollar's drop late last week propelled some things to unsustainable heights. December may be net positive, but don't expect a smooth ride.

12/2 -am- The market has now taversed from the lower short term channel line touch on Nov 16th to an upper line touch. The Dow has broken upward, but thus far SPX has just come up to its line. This COULD be the first leg of a new short term uptrend, but that is not yet confirmed.

11/29 -- The small caps came right to support on short term minis and bounced. The large caps overshot (i.e. broke) their minichannels before bouncing, so there is no clear signal yet that we're finished on the downside.

11/23 -- Evidently, the Irish couldn't get a big enough correction for us, so they must have called the North Koreans, who helped by dropping a few bombs on an innocent island. Thanks for all your help folks-- can we get back to our Fed-induced rally now?

11/22 -- Looking for an upward bias and a slow week by Wednesday. A friend in Ireland tells me there is a lot of civil unrest, despite news that may suggest a bailout solves all their problems.

11/18 -- Lots of short term breaks upward on higher beta charts today (at least at the minichannel level), but the Dow came right to its short term downtrend line and stopped cold. This will probably bounce further, though its too early to declare the correction over. Tomorrow is expiration. Like today, after the morning move, it should quiet down and go nowhere.

Yong Pan of Cobrasmarketview has kept with a relatively neutral stance on the market. 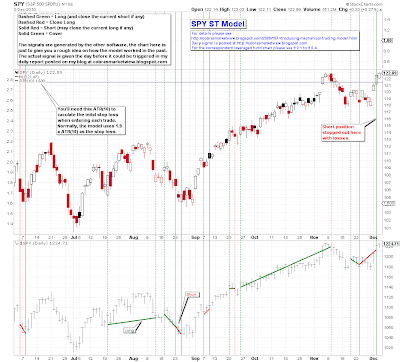 The head-and-shoulder target for the S&P is only 18 points away: 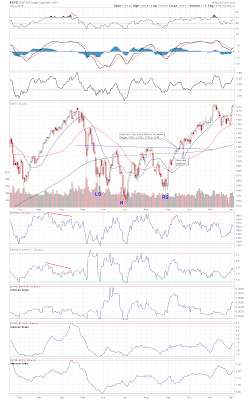 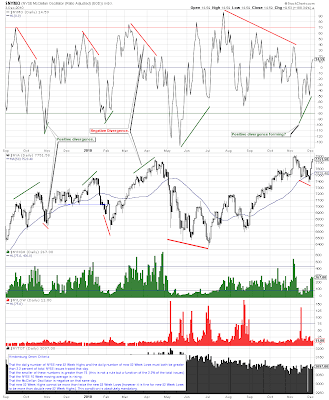 Anthony D Allyn of Elliotwavehound.com has kept with a bearish EWT count. This for the S&P 60-minutes: 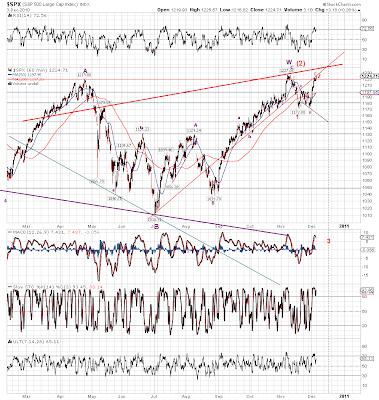 But a bearish count too for the Dow Jones Oil&Gas Index - top as of Friday's close? 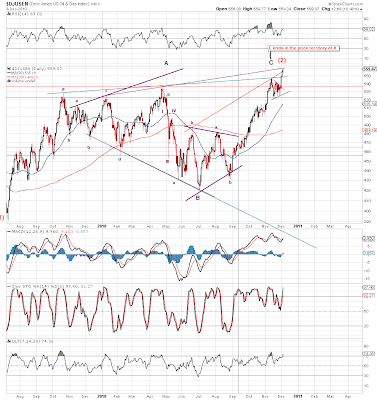 However, Michael Eckert of EWTstendsandchart.blogspot.com has gone for a mix of bullish and bearish with a rising channel inside a larger ABC correction: 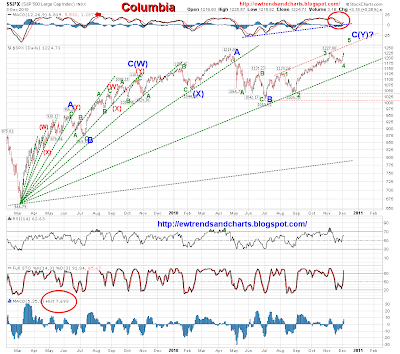 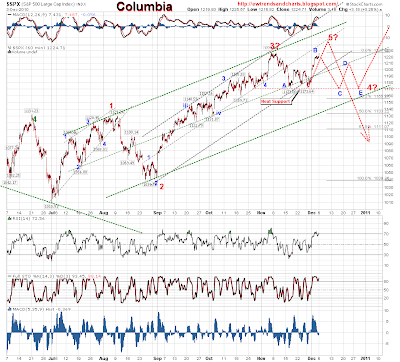 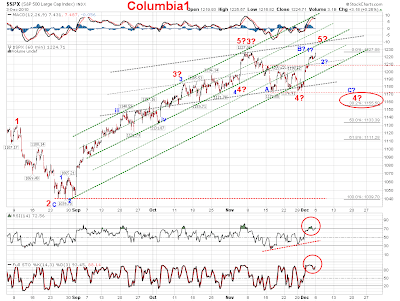 But Robert New perhaps gives the clearest account as to who controls the market with his Wilshire 5000 Composite chart: 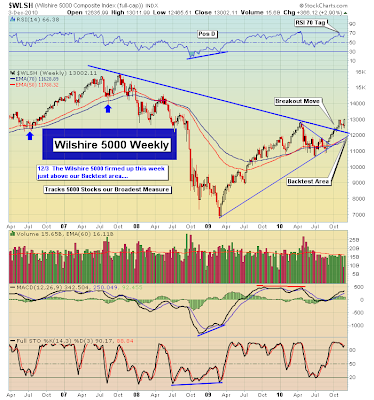 Bears will cling to this for solace: 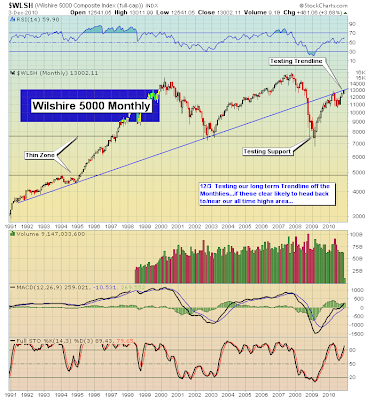